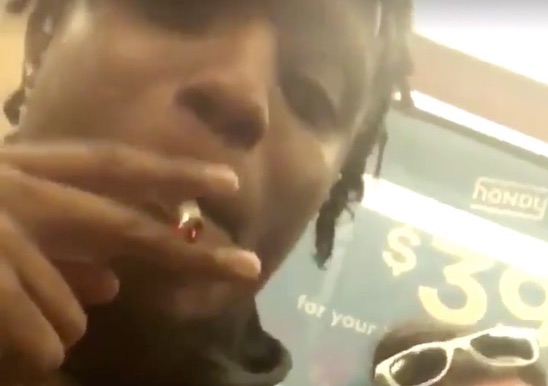 ‘Everyone is miserable together, why can’t everyone be high together?’

Sometimes you just need to kick back with a joint and relax at the end of a long hard day.

Everyone can relate to that idea, but you usually do this within the comfort of your own house either on your own or with a few buddies. You don’t normally do this on a packed commuter train.

One guy just couldn’t wait though after a particularly trying time and decided to spark up on his way home from work on the NYC subway commuter train. Needless to say, some of the other passengers weren’t too happy about him doing so, but when he got called out about the guy decided to pass the spliff around the carriage, getting everybody else high too in an ultimate show of unity:

I was mad watching him smoke on the train…but when he passed it and everyone was with the shits, it brought a smile to my face kinda lmfao. pic.twitter.com/CUn2VbCUrd

Yeah, that really is what it’s all about isn’t it? I always here stories about how everyone on commuter trains used to talk to each other all the time but ever since the rise of smart phones this is no longer the case – maybe the answer is for everyone to get a bit baked on their way home and the commute will seem a lot more fun and bearable for everyone.

Just an idea. Seems to be working pretty well judging by the evidence above in any case.

For more of the same, check out this kid smoking weed for the first time and getting completely baked. Amateur.