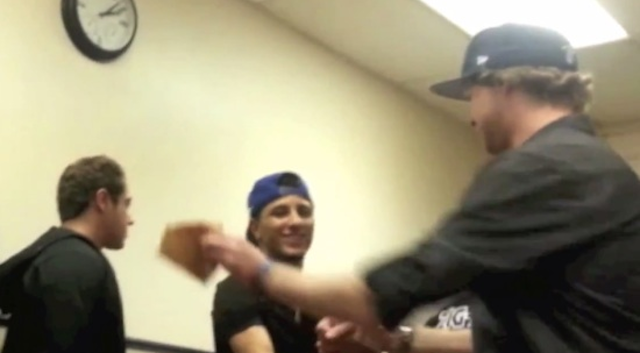 Guess he got his just desserts.

It kind of just looks like the guys in it are hanging out at a pizza restaurant after a night out in Australia when the protagonist just decides to go and pizza slap some random dude like it’s no big deal. In fact, he thinks it’s so little a deal that he just goes and sits down at his table again and laughs about it without giving a second thought about how this guy might react.

Big mistake because the dude is knocking him out from the blindside a couple of seconds later. You might say he’s a pussy for sucker punching him but I don’t really blame him after he just got pizza slapped and that idiot is just laughing there like it’s not big deal.

Fair play, although not as brutal as the most brutal female MMA knockout blow of all time. Imagine if she got pizza slapped eh?