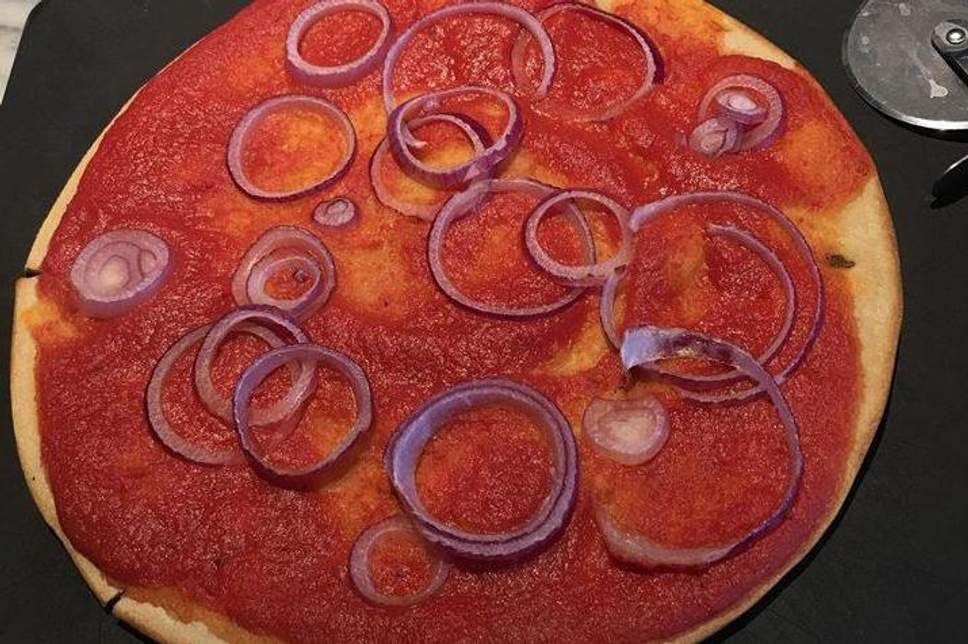 It used to be so hard to go out anywhere as a vegan and get a decent meal, but that seems to have changed a lot for them over the past couple of years so it’s even weirder when they get served up something like the monstrosity in this post.

The story comes courtesy of 26 year old vegan Mary Nesbitt-Larking who was visiting the Pizza Express in Hatfield. Upon being told they were out of vegan cheese and still really being in the mood for pizza, Mary decided to go for an option with just onions and pine nuts and well, take a look at this:

I mean yeah it looks like a baby made that and even then they didn’t put any effort into it whatsoever. Mary felt the same:

Vegan food options are amazing, and Pizza Express are incredible usually, it was just that one time they failed so epically.

It was so awkward because I’d waited over an hour and at that point I would have eaten anything as long as it was vegan.It tasted like undercooked flat bread with a whole tin of tomatoes over it that were really sour, and had raw, red onions on top.

Pizza Express have apologised and invited Mary back to experience their new menu for free, but I doubt I would be heading back there if I was vegan and this is what they served me. Free meal though hey?

For more awful vegan meals, check out this one. Close contender.