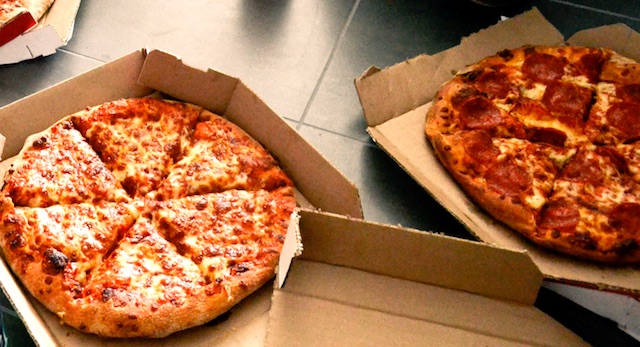 Everyone loves pizza – that’s almost a 100% fact – but I think most of us would agree that sometimes it’s a bit annoying when we have a leftover slice and need to store it in the fridge. The box is too big and putting it on a plate and covering with clingfilm just seems like too much effort, but thankfully this guy has stepped up with an unbelievable hack that apparently I’m no alone in not knowing as it’s been viewed a staggering 20 million times.

The guy posted his discovery to TikTok as that seems to be where we get all our useful information today and well, I’ll be honest I absolutely had no idea about this method of pizza box transformation or even contemplated. Prepare to have your mind blown, or perhaps be one of the snarky 1% saying ‘I already knew that it’s obvious’:

Wow. It just fits together so perfectly and it’s so obvious. How did none of us know about that?

Can’t wait to order a pizza this weekend just to try out this method. That’s definitely the only reason.

Oh and if you’re wondering why it’s a duet, the first dude was the original and then the girl did one using a Domino’s Box as people were complaining that it didn’t work with Domino’s and she posted up her version and it got another 12 million views or something. Duh.

For more of the same, check out this pizza box that you can bun weed from after you use it. That’s pretty awesome too.