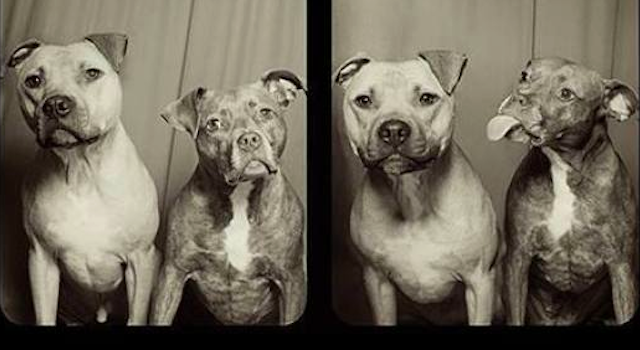 Who would have thought that pit bulls have hearts too?

For some reason photographer Lynn Terry thought it might be a swell idea to get a couple of pit bulls in a photo booth together and guess what? It turned out to be a completely sick idea as the pit bulls for some reason acted just like humans do in the four shots i.e. looking at the camera, going to kiss each other, pulling dumb poses with their tongues out etc.

I don’t think the pictures were four in a row over a period of a few seconds of course, but the effect is the same and they look great. And what’s more Terry managed to get the photos with two sets of pit bulls. The first are called Bumper and Willis and the second are called Tucker and Pitunia (get it, PIT-unia?) Who would have thought that pit bulls had hearts too? 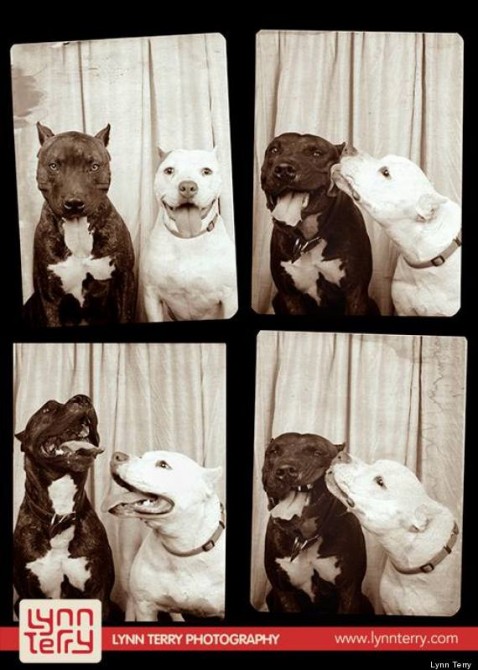 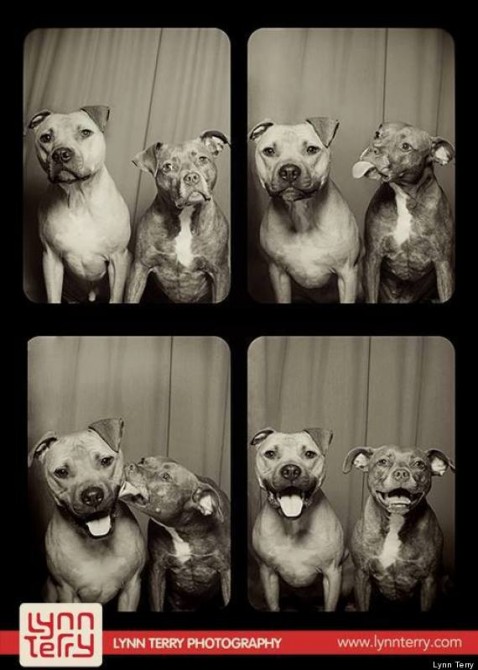