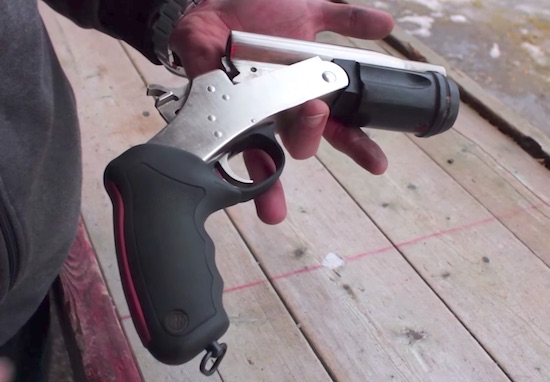 Not sure why this exists, but it’s fucking powerful.

It’s well known that Americans absolutely love guns, but sometime you’ve gotta ask yourself just why people need to make weapons like the one featured in the video below.

It’s called the Rossi 12 gauge shotgun pistol, and it’s literally a 12 gauge powered shotgun that’s somehow been able to be whittled down into a pistol. To say that it packs a punch would be an understatement, as the guys testing it out in the video below soon found out:

Ouch. Also I know those guys are Canadian – which goes to show that our friends north of the border aren’t adverse to a love of guns as well – but we all know that there are going to be way more Americans firing these things off in the woods with their buddies then there are Canadians. It goes without saying.