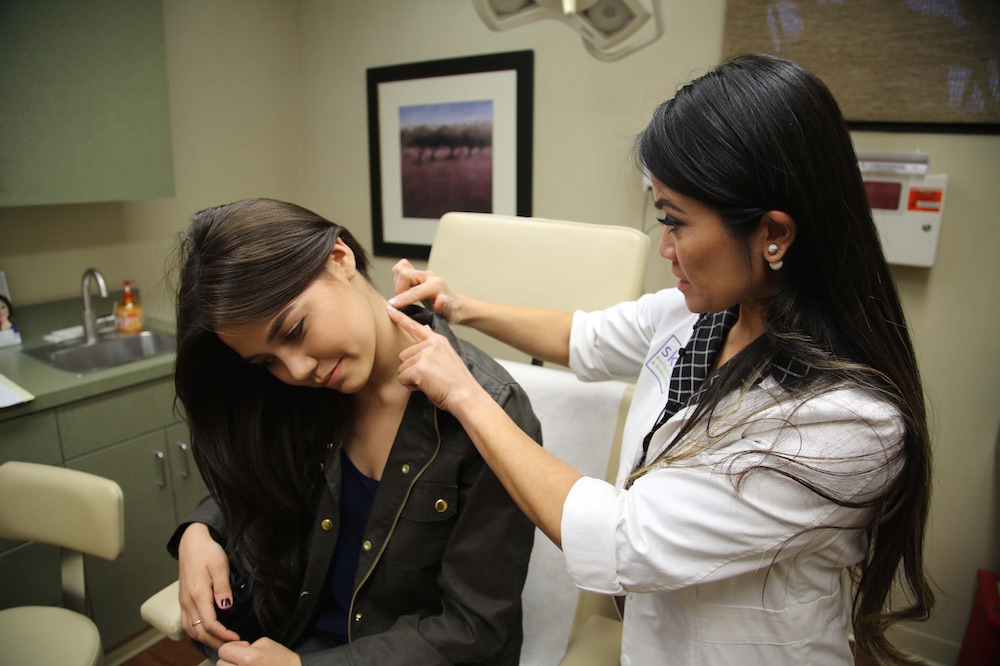 Let’s be honest, there’s nothing cool about getting a spot and there’s not really anything that cool about having to burst it or whatever you have to do to get rid of it. However, what is cool is that immense feeling of relief and satisfaction when you get rid of it because you know you don’t have to walk around with it on your face all day anymore.

Here are a couple of her videos:

Ugh. Sandra – who goes by the name of Dr Pimple Popper – had the following to say about it:

I’m not weirded out by the strong following I’ve gathered – in fact I embrace it.

I think that people have a strong reaction to pimple popping — whether they are grossed out by it or they are enchanted by it. I feel like I have really brought this sort of thing out of the closet in a way.

Fantastic. Maybe you’ll win a Nobel Prize or something for that. I just find it pretty rank to be honest. It was bad enough having to post these disgusting compilations of spots getting popped, if I had to see that kind of stuff every day I would freak out. No thanks.