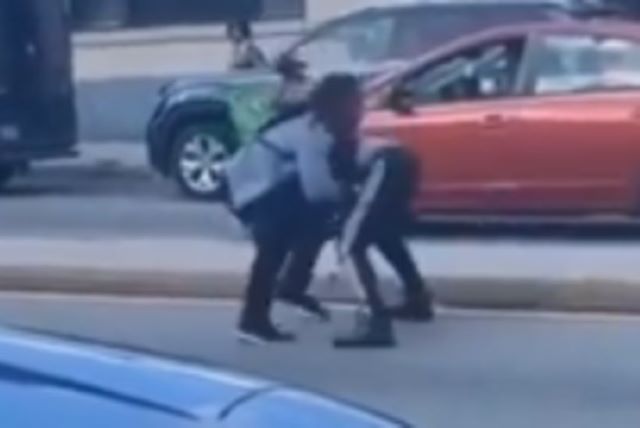 The finisher is banned in WWE for a reason.

The classic WWE piledriver is such a dangerous move that Vince McMahon banned it from being performed years ago, but it looks like it’s still being put to good effect in real-life situations such as this one out of the States this week.

These two chaps seem to be having some kind of dispute, which quickly comes to a close when one pulls out the old Jerry ‘The King’ Lawler finishing move…

“Now leave me the f*ck alone” indeed! Guy got slammed on his head and just got up and walked away like someone used the old GTA ‘remove all stars’ cheat code on him. In fact there’s a decent chance that piledriver instantly erased any memory he had of the previous 20 seconds which is why he’s not mad anymore. He probably doesn’t even realise who or where he is!

Well anyway, let’s round this off with a montage of 42 different piledriver variations someone put together on YouTube. From Jerry Lawler’s classic variation to the Undertaker’s Tombtone. What a move.

For the WWE-themed gender reveal which might actually be the greatest wrestling matches of the last few years, click HERE. Very creative.