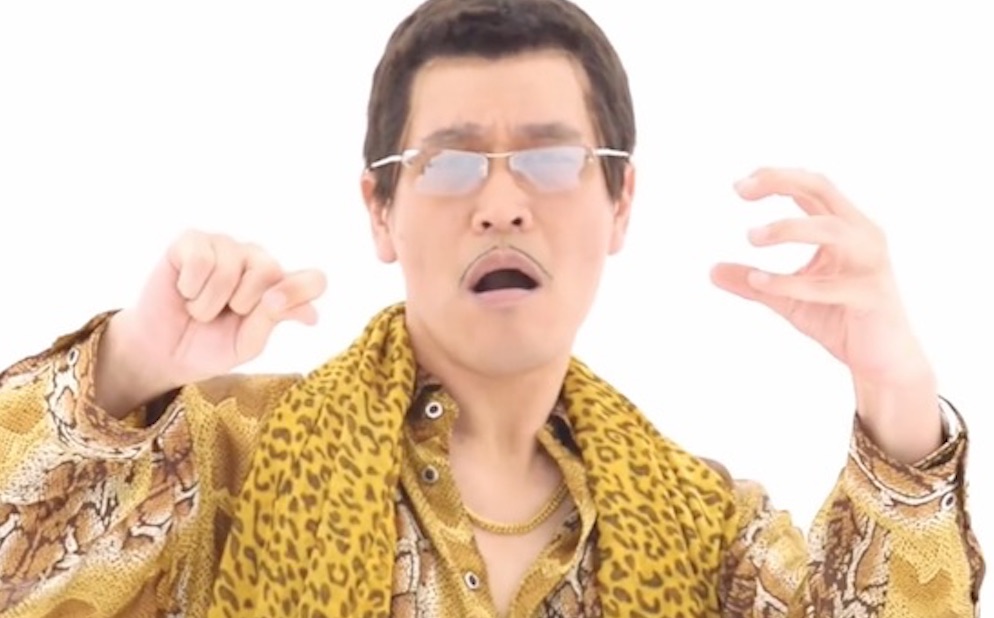 Remember Gangnam Style, the video that inexplicably became the biggest video in the world/YouTube a couple of years ago but nobody has really thought about at all since then?

Of course you do – and you’re probably pissed off that I’ve mentioned it again – but don’t worry because there’s a new song by this dude Piko Taro which is proudly proclaiming itself as the next ‘Gangnam Style’. The song is called Pen-Pineapple-Apple-Pen and the video makes absolutely no sense whatsoever as this guy fuses an apple, a pineapple and a pen to make the eponymous item described in the name of the song.

If you don’t want this stuck in your head all day seriously don’t watch it:

Yeah well that was even stupider than you thought it was going to be wasn’t it, and I bet you can’t get that stupid MIDI beat out of your head now either can you? Sorry about that but I did warn you.

Anyway, I don’t think this song is long enough or catchy enough to be as legendary as Gangnam Style, but it’s a nice try from Piko-Taro, who is actually a character created by comedian and DJ Kosaka Daimaou. Great creation there guy.

For more Gangham Style, check out when Madonna even wheeled out Psy to perform with her. Desperate.