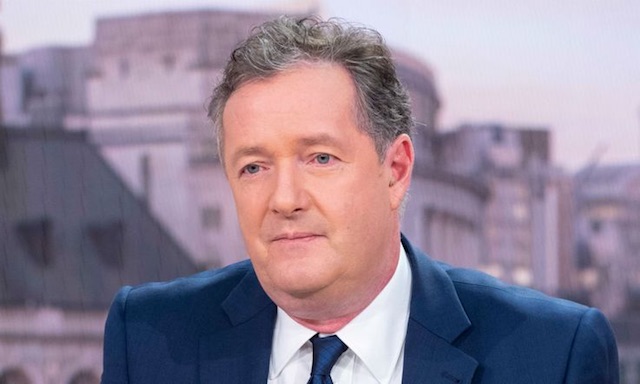 It seems like a long time ago that Piers Morgan walked out on ‘Good Morning Britain’, but in actual fact it’s only a couple of weeks ago and I’m sure in the future we’ll probably see a miniseries about the whole situation because it was just sooooo dramatic.

In the meantime though, Morgan has sought to clarify what exactly went down during the incident following a tweet from American radio host Darik Kristofer where he spoke about how he respected Morgan for sticking up for what he believed in:

Thank you. This is a perfect summary of what went down. https://t.co/SCZQMCtsDF

OK, it might be Morgan’s summary there but it’s a very, very brief summary isn’t it? And doesn’t really take into account the fact that what he was saying was that he believed that someone who said that they were suicidal was lying about it when the television network he was working for was saying that everyone with mental health problems needed to speak up about them because they would be heard.

Bit of a major example of not following company policy and linda oversimplifying the issue there, but I’m sure it’ll be interesting to see how it’s portrayed when it’s covered on ‘The Crown’ or whatever. Few years to go before we have the pleasure of seeing that though I’m afraid, so this will have to make do for now.

For more of the same, check out Piers Morgan claiming that he’s out for revenge against high profile ‘woke hypocrites’. Watch out.