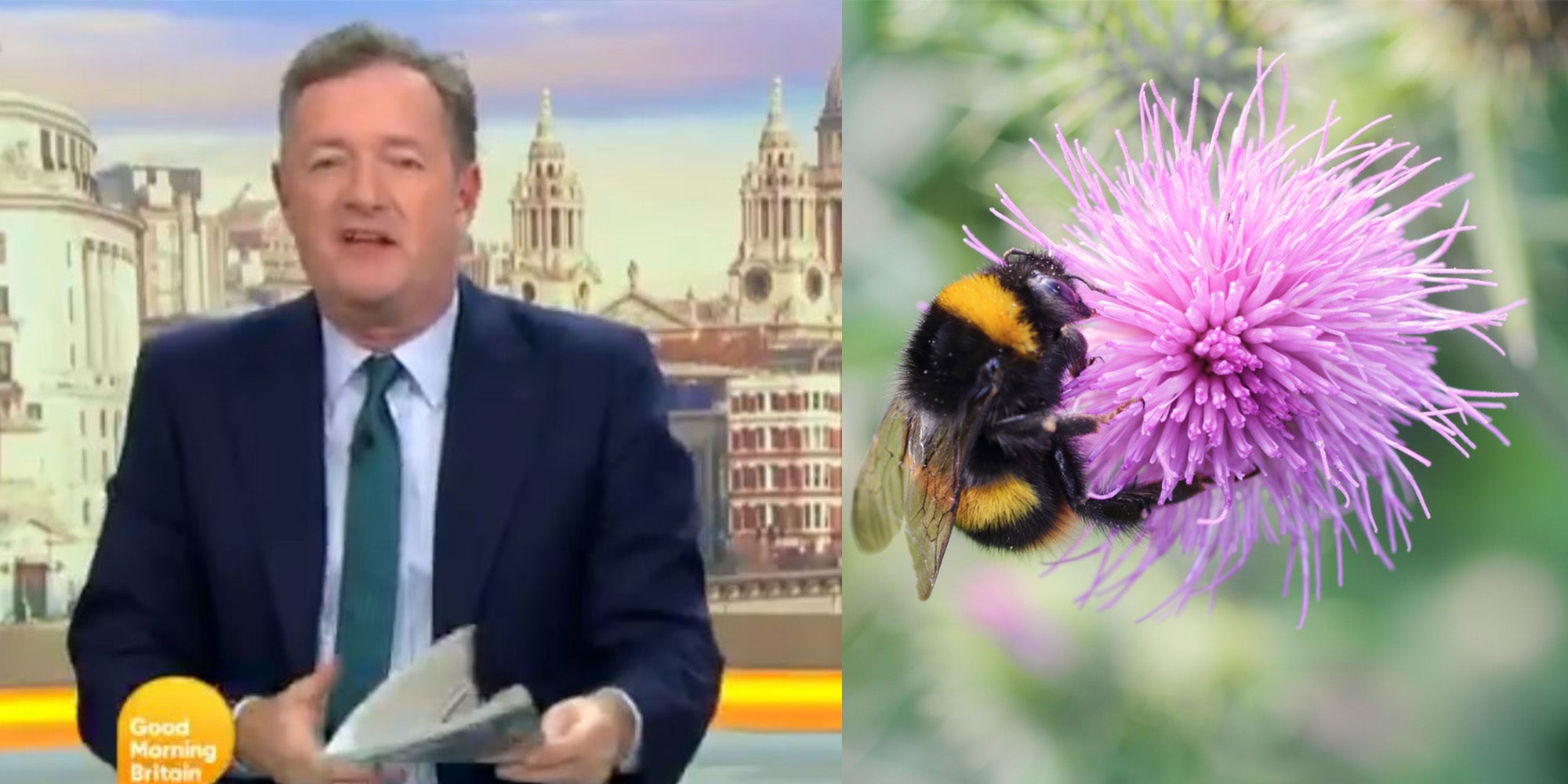 Maybe he’s got a point?

Amazingly I don’t think we’ve mentioned Piers Morgan on the site yet in 2020, but it was never going to last as he’s always saying completely outrageous things in order to get a rise out of people and for his first appearance of the decade he’s back to attacking one of his favourite subjects: vegans.

This particular rant comes after news emerged earlier today that billions of bees were dying every year so that they could pollinate almonds on commercial farms in California to facilitate the current vegan obsession with almond milk that is growing exponentially and shows no signs of stopping There are a multitude of reasons for this but the main factors are the amount of hard work that satisfying this increasing demand for almonds puts on the bees and the fact that they’re exposed to so many pesticides during the pollination process. Their deaths are basically directly tied to the increased demand for almonds and there isn’t really any arguing with that.

Anyway, Piers Morgan has heard about this information this morning and obviously decided to utilise it to attack vegans, saying the following:

They only care about the big animals but these little guys they are animals too. All insects are animals.

A bee, billions of those little things are killed every year so that these vegans and vegetarians can have their avocados and almonds flown on jets.

I mean I guess ultimately Piers there does have a point, even if he chooses to make it with a complete lack of subtlety and eloquence. Fact is that I doubt a lot of vegans even knew about the impact almond milk was having on the honeybee population and I’d be willing to bet that a whole bunch of them will be changing their habits now that this information is common knowledge. Can’t really argue with that, can you Piers?

For more of the same, check out my old pal Piers majorly dissing a man who identifies as broccoli. Fair enough really.