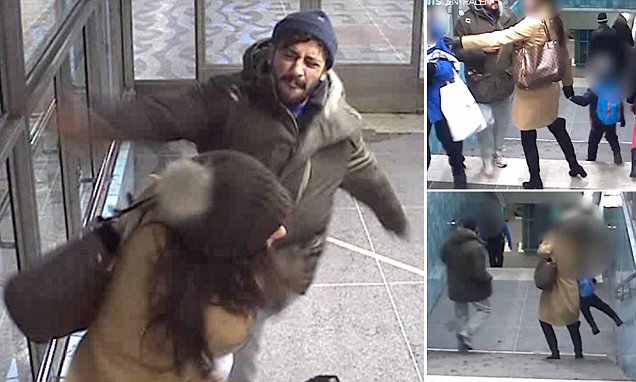 This guy’s face is all over CCTV and he is completely fucked when police catch up with him.

Straight out of Stockholm, Sweden, some bum tries to pickpocket an elderly lady and gets interrupted by a woman with her kids at the tube station.

Instead of running off with his tail between his legs, the pickpocket smacks the woman in the face then spits at her.

Here’s the awesome bit; Stefan Tellqvist from Stockholm City Police is postponing his retirement to catch this prick, because the footage shocked him that much:

It was the worst thing I have ever seen during my years as a police officer. I will get him, if it’s the last thing I do.

No denying it’s a downright awful thing to watch but “the worst thing I have ever seen as a police officer”? Really dude? Either way, the good news is this pickpocket is utterly fucked when Stefan catches up with him. It’s only a matter of time.

For more street thieves getting completely owned – check out what happens to this young kid who tries to rob a 72-year-old jiu jitsu master.