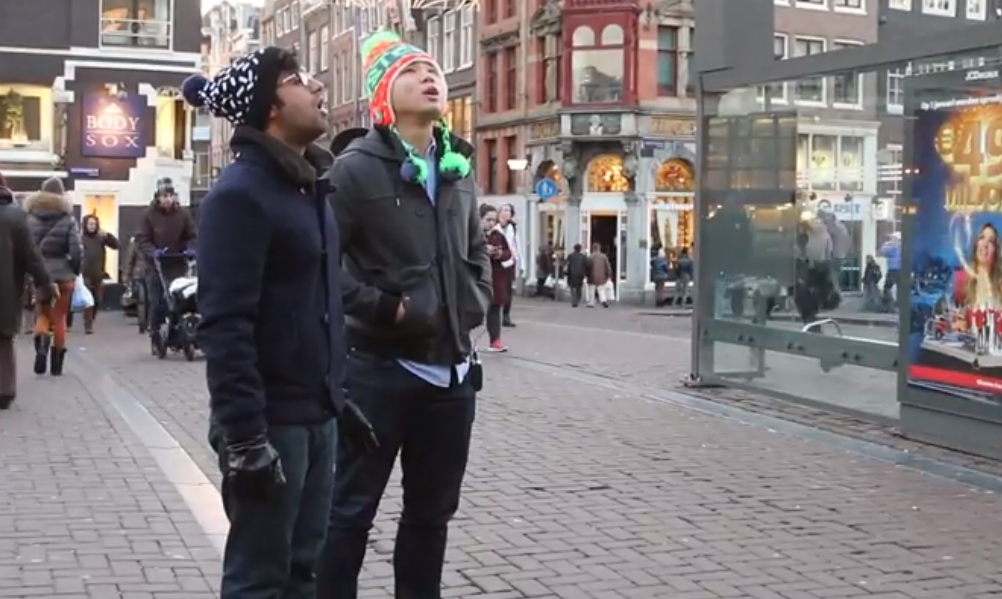 As you might have guessed, they struggle to even talk to any girls.

These guys are from a web channel called Simple Pickup, which I guess teaches guys how to pick up girls even when you look like Harold and Kumar. That sounds kind of lame but the fact that they’ve got 178K followers on Twitter and 2 million YouTube subscribers means that they must be doing something right, or that there are a lot of people out there with no game at all.

To celebrate this milestone, the pair of them took a bunch of magic mushrooms and walked around Amsterdam trying to pick up girls. As you could probably imagine, the results were pretty hilarious as the two of them spend a lot of time staring in shop windows, looking at their hands, looking at trash cans, laughing their asses off and struggling massively to even talk to girls, let alone pick them up.

There’s nothing like doing magic mushrooms and walking around a foreign city eh? It’s perhaps only beaten by taking them and walking around a comic book convention. I’m hoping that this isn’t the advice they offer in their normal videos though, as they don’t really achieve anything. But then they are on magic mushrooms and I guess that’s the whole point.