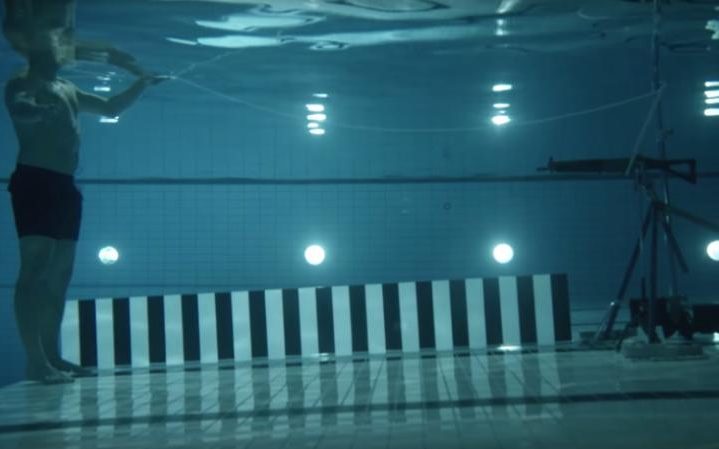 Standing in a swimming pool, physicist Andreas Wahl from Norway had the bright idea to fire at himself with an assault rifle from less than 3 metres away using a string attached to the gun’s trigger.

It’s harder to create movement in water than in air, because water molecules are closer together than air molecules. To show the difference in resistance, physicist Andreas Wahl puts himself in front of a weapon submerged in water and fires it — on himself.

The crew used slow-motion cameras to capture the effect of the bullet’s force on the rippling water.

I’m no scientist by any means but I definitely respect the lengths people like Andreas go to to prove their theories. I guarantee no matter how sure he was that the bullet wouldn’t hit him there was still that terror in the back of his mind that it could actually happen. After all it wouldn’t be the first time a science experiment went horrifically wrong. Respect to him for laying it all on the line instead of getting one of his students to do it which is definitely what my old science teacher would have done.

P.S. Too funny how he’s actually wearing safety goggles for the experiment. Got to make sure those eyes are covered when you’re got a bullet coming straight for your heart.