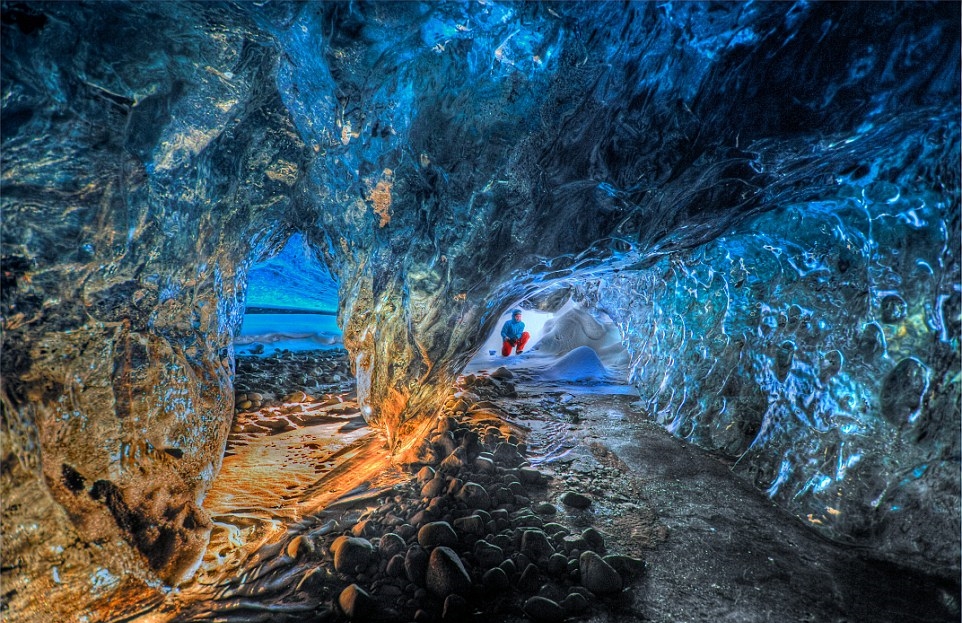 The Bowels of VatnajÃ¶kull glacier in Iceland will get your jaw dropping.

Iceland looks like a thoroughly amazing place to visit, the whole country is pretty much untouched and has a distinct end of the world sci-fi feel to it; who can forget that stunning drone footage of a volcano exploding or those monumentally bleak images by Icelandic photographer RAX? The place is wild with a capital W-I-L-D.

Iceland is a pretty sizable island with a population of just 325,671 (about the same as Coventry), making it the most sparsely populated country in Europe. The capital, ReykjavÃ­k, is perched in the southwest of the country and houses about two-thirds of the entire population. The rest of the vast space is covered in ice, volcanoes, elves, trolls and adventure.

VatnajÃ¶kull glacier is one of the largest glaciers in Europe and covers a startling 8% of Iceland’s ample surface area. The glacier itself hides a huge lake and a number of volcanoes, but it is the glacier’s ice caves we’re going to take a shufty at today. In the winter when the ice is good and hard and conditions aren’t too dangerous people can take a tour down there.

Below are a series of snaps taken by one of the tunnel’s guides – Einar Runar Sigurdsson. He’s got a pretty cool job hasn’t he? Hanging about looking at these beautiful structures all day long.

If VatnajÃ¶kull’s physical credentials aren’t enough for you the glacier was also the setting of the opening sequence of James Bond’s A View To A Kill. How about that for a claim to fame? Take a look at these: 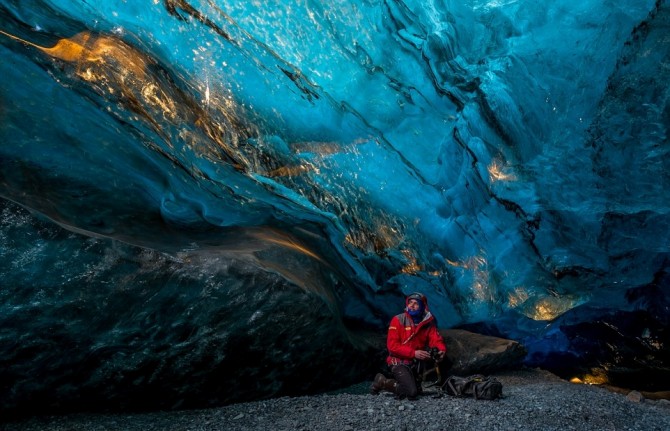