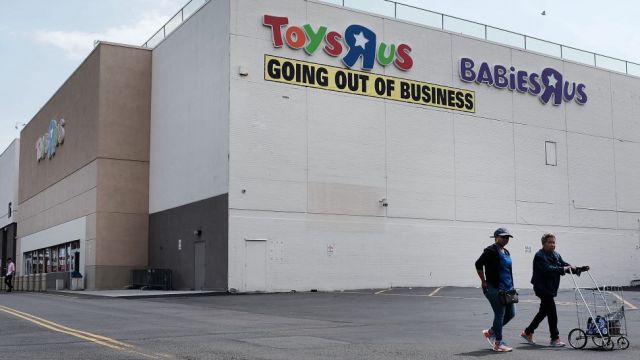 Not a dry eye in the house.

For as long as I can remember, Toys R Us has always been around bringing joy to both kids and adults a like with their seemingly neverending supply of toys and games. Pretty much every kid in the country – maybe the world – will have fond memories of pulling up into their car park then sprinting into the store to find that action figure or whatever that they had been after for weeks. You couldn’t beat it.

Unfortunately though, that’s a feeling that’s no longer ever going to be replicated as we all know that Toys R Us went out of business earlier this year and was forced to shut down all of their stores in the UK. As if that wasn’t sad enough, they’ve decided to really tug on your heartstrings by posting the final tweet for their account and well, take a look at it yourself:

Toys 'R Us has closed down and if Geoffrey The Giraffe with his little suitcase leaving the empty store and the idea that we have all grown up and left childhood behind doesn't bring a tear to your eye then I can't help you pic.twitter.com/YSCxsvEhxo

Heartbreaking stuff but a great Twitter game from Toys R Us. Not really sure what their social media team is trying to achieve with it as they’ve already gone out of business and there’s not much to gain from even posting it. Except to remind everyone just how sad the whole situation is and how children now will never get to feel that way ever again. Emo.

For more of the same, check out this guy running naked on ecstasy through Toys R Us. Won’t be able to do that anymore either. Damn.