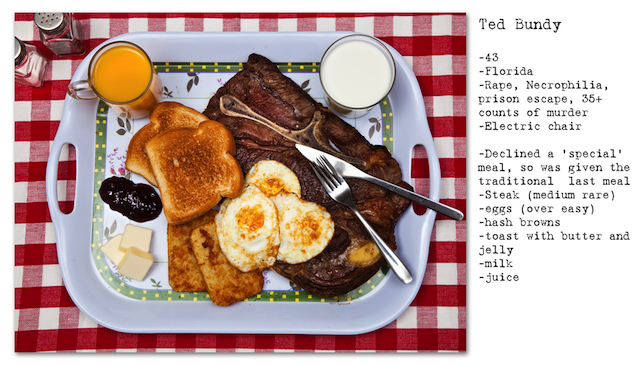 Photographer Henry Hargreaves was so fascinated by the final meal tradition that he took photographs of several notorious inmates’ last meals.

For most people of the developed world the death penalty and the idea of a final meal isn’t even something to think about, as most countries have abolished it and it serves only as a remnant of a forgotten time. However, in some states in the south the USA, it’s unfortunately still a reality that exists.

Photographer Henry Hargreaves started becoming fascinated with he concept of the final meal when he was reading about legislation that was being put forward to try and stop the tradition in Texas. In his own words he wondered ‘in the most unnatural moment there is (state sponsored death) what kind of requests for food had been made?’

And so he decided to create a photo series of several Death Row inmates’ final meals. Hargreaves states that researching the project strangely personalised the inmates for him, as he was able to identify with them through the common medium of food: ‘One of the trends with last meals was the amount of fried or comfort food. To try to find a little comfort from these last bites is an interesting glimpse into their mind’.

‘My main goal of the project was to have the viewer identify with the prisoner though their meal requests. I wanted the viewer to think of them as a person for a moment instead of them being anonymous’.

Perhaps one of the most interesting photographs taken by Hargeaves is that of Victor Fegeur – a murderer and kidnapper – who asked for a single olive as he hoped it might grow into an olive tree from his body, which could then be used as a symbol of peace. Quite why he thought that I don’t know, but hey – it’s an interesting story right? 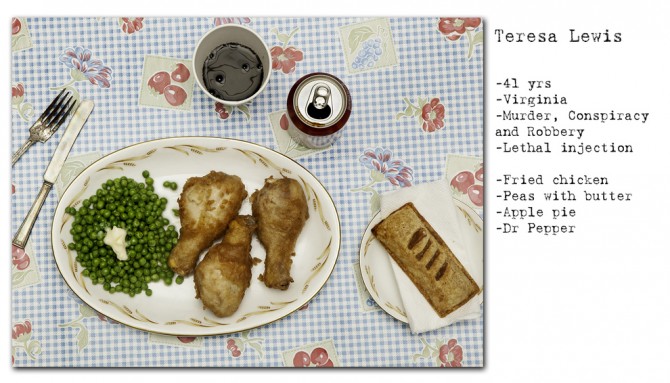 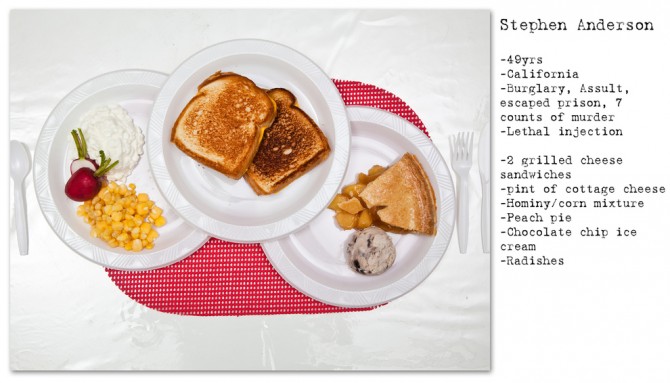 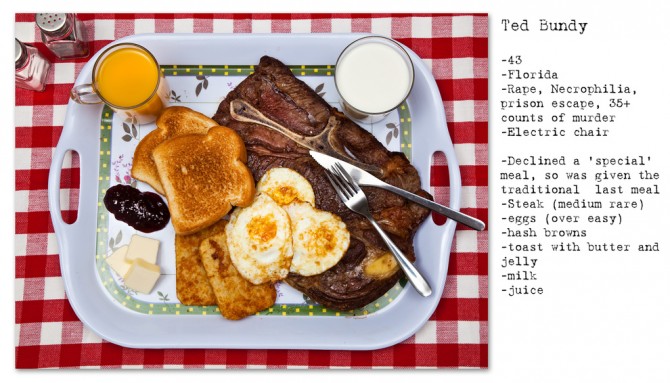 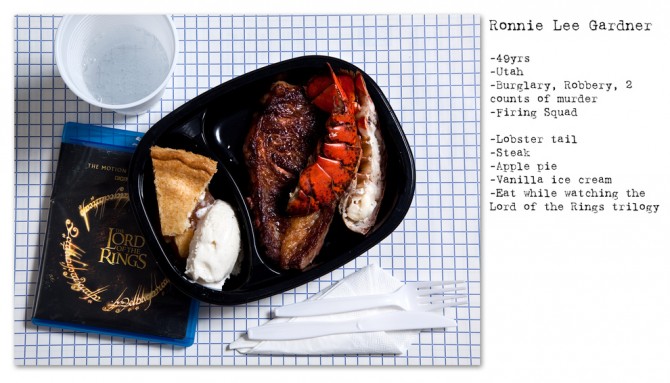 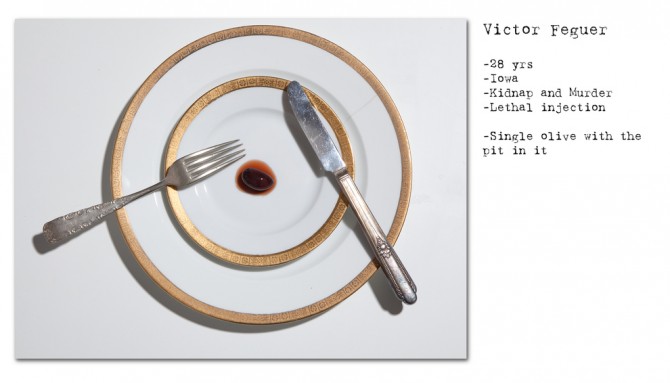 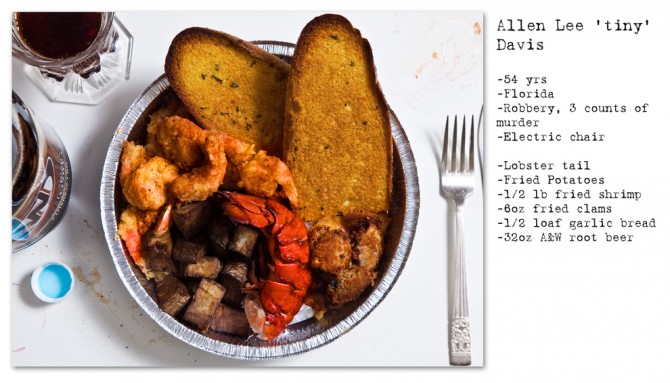 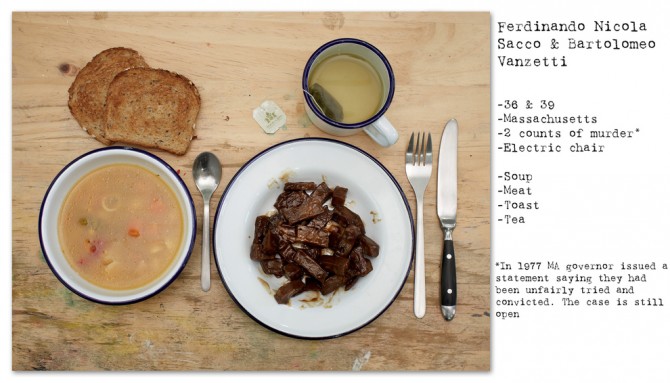 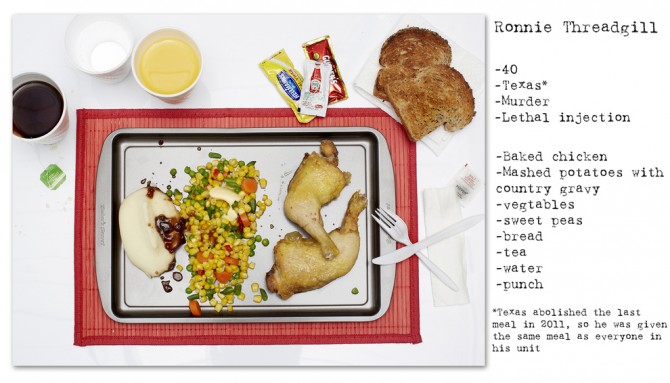 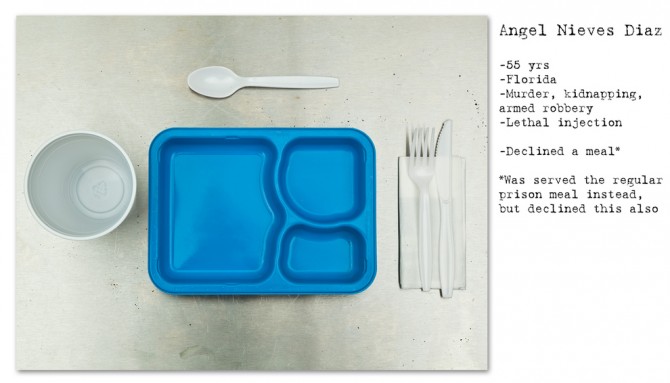 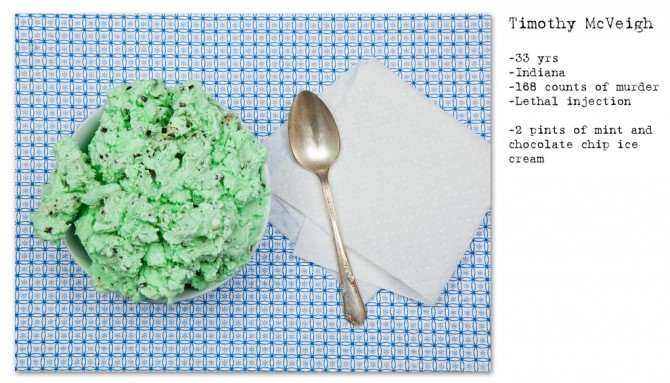 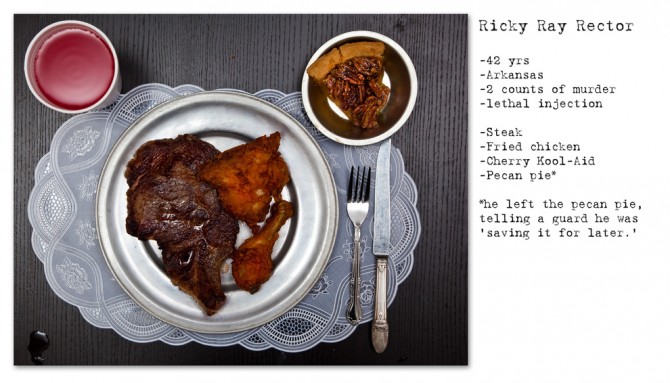