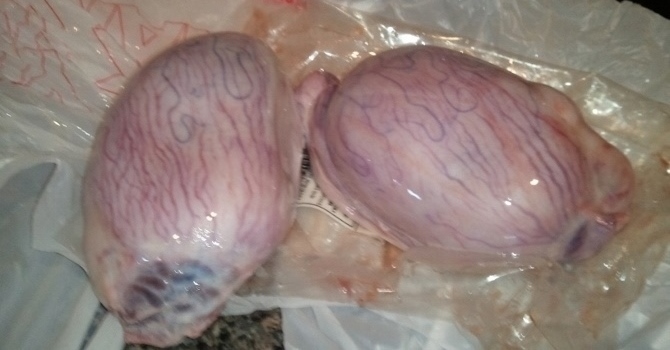 Enter the dangerous and delightful arena of the world’s most disgusting delicacies. If you’ve got a weak stomach, then take extra care when wading through these murky marshlands…

I’m not very adventurous with food. And by that, I mean I’m about as adventurous as Rolf Harris stuck in a room where there isn’t a single person under the age of 8. The most far-out thing I’ve ever eaten is probably salad cream and fish fingers – which is amazing to chow down on when you’ve had a few smokes – so I think that says it all regarding my attitude (or lack of) towards embracing and reaching out to the tree of exciting new taste sensations and plucking the branches dry of all those shiny-new food horizons. I’d rather grab a seat and chill out under the tree with a few cans, a few doobies and a bag of ready salted crisps.

â˜› Awesome Food: Could You Conquer The World’s Hottest Pizza?

I’m one of those people that will always pick the same meal when I go out for food. Burger and a beer in a Spoons will do, which says something about what class my upbringing slots into but it also says something about my relationship with alcohol because I look forward to the pint more than the burger and take more time perusing the pumps than I do over the menu. I’m easy to take out for a meal and I honestly don’t mind being bought food so if you ever bump into me and our guts are growling a bit, you know where to take me. I won’t complain but, please, just let me pick my own pint. I bring decent conversation and a constant smell of shit and biscuits.

So, I suppose it’s kinda weird for me when I see people chomping on some strange, hideous-looking dish that reminds me of my Sunday morning hangover puke or some mystical-looking meat that’s come all the way from somewhere like the Amazon and the source is some rare, unheard of creature that costs about £560 with a few potatoes and a sprig of thyme. I’m both fascinated and wary because I can’t imagine ever eating something that I can’t even pronounce and I’m waiting for the person with the mystical dish to suddenly die of some virus embedded in the meat of that rare creature hunted and killed in the murky Amazon. It wants its revenge.

â˜› Wanna Go To The Amazon: Tour The Amazon From Your Computer With Google Maps

But now I’m entering unknown territory. I’ve crawled through the barbed wire, got up from the sticky mud and dodged the bullets and grenades and made it to the other side. I’m currently freezing my bollocks off in a crumbling tower-block, in the sniper position and my finger is itching to pull the trigger but all the enemies have either moved on or are dead already. The intrigue has become too much and I’ve been searching for the world’s most interesting/disgusting delicacies that look, and probably taste, minging for your own twisted pleasure.

This is gonna be the first of a few and it’s a taster (good pun, right?) of what’s to come but it’s a decent start and will hopefully get a few of you gagging and chundering all over your dinner. Unless you’re pretty out-there and are snacking on the food that’s in the video. This video shows us that there are weirdos out there who hate cats so much they’d rather eat them than chill out with them which makes us at Sick Chirpse really sad, guys who are secretly homo and munch on cooked testicles (which are featured in the image at the start of this article) and crazy Asians who drink snake blood and gizzard. I’m not gonna say much more because I’m gonna be sick but watch the video and ferment in the filth.

â˜› She Feels Sick, Too: Video Of Lady Gaga Puking Her Guts Up On Stage

Keep an eye out for the second part of the world’s most disgusting delicacies, which will be with you pretty soon here at Sick Chirpse.