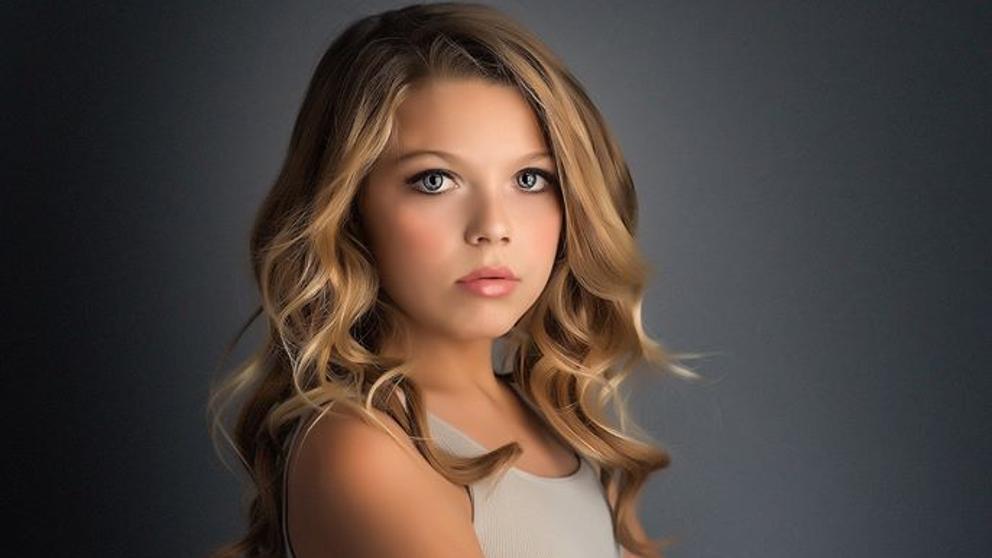 Society has come a long way in understanding and accepting LGBT lifestyles in recent years, but not too long ago the state of North Carolina made a ruling banning transgender people from using their preferred public bathrooms, instead ordering that whatever gender you were born as should define which toilet you use.

The law seemed to come over concerns that, for example, a man in drag could go into a women’s toilet and assault them because he identifies as ‘female’.

Well, a photographer named Meg Bitton wasn’t about to stand for this ruling, and shared this powerful photo of a transgender 14-year-old girl on Facebook earlier.

The girl’s name is Corey Maison – she was born with the anatomy of a boy, but even at her young age knew that this didn’t feel quite right: 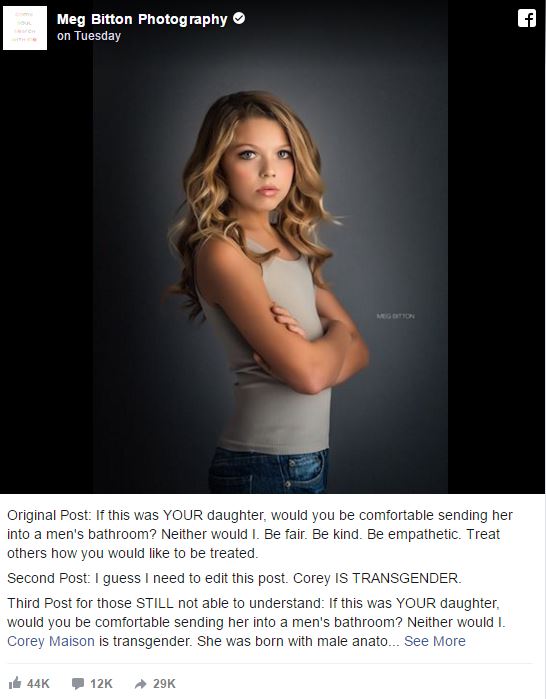 The photo has gone viral and will hopefully help lawmakers in North Carolina see sense. Funnily enough it’s not the first time young Corey has gone viral online as an example of a child who is already certain that she belongs in a different body:

(She had just received her first dose of oestrogen after waiting 2.5 years.)

Take a look at her face, body language and behaviour and you know that this person clearly belongs in a women’s bathroom. That’s a 14-year-old child who has literally never felt like a boy even once in her life. You don’t celebrate getting oestrogen as a present like that unless you are 100% the real deal.

If you’re an anti-LGBT person then that Facebook share and video absolutely have to change your mind. It’s a complex issue for sure and I get what North Carolina is afraid of as far as perverts/weirdos taking advantage go, but at the end of the day, this little girl should be able to use the women’s bathroom without feeling like she’s doing anything wrong.

Same goes for Caitlyn Jenner, although she’s actually allowed to use any toilet she wants at Trump Towers.