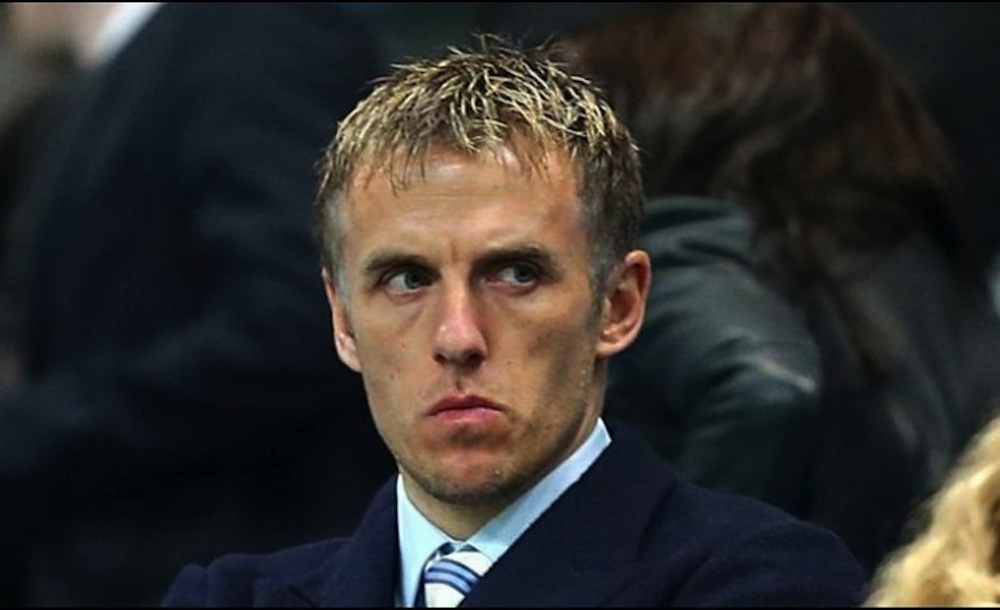 You might have heard that recently Phil Neville accepted a job to be head coach at Valencia, which nobody really understood because he probably can’t speak Spanish and isn’t exactly world renowned as a coach after his disappointing display at Manchester United under David Moyes.

One of these statements – that he can’t speak Spanish – has been proven to be absolutely correct after this embarrassing Twitter gaffe. Neville tried to say that he was going for a run on the beach to start his day, but accidentally used the Spanish word ‘corrida’ to describe this.

Corrida is only really used in Spanish to describe the running of the bulls and not running in the conventional sense – however, it’s also slang for ejaculation or orgasm. So essentially Phil Neville wrote that he was spunking all over the beach in his new home town of Valencia. I suppose that’s one way to endear yourself to the locals.

Of course, he quickly deleted the tweet once he realised the error of his ways, but not before someone had screenshotted it, as you can see below. As embarrassing as when this Twitter troll got destroyed by Curtis Woodhouse in real life though? Probably not. 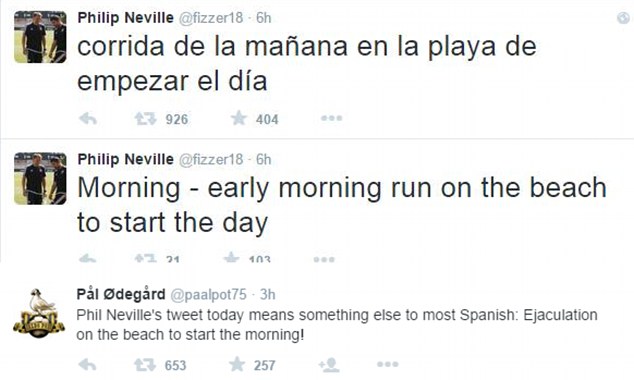