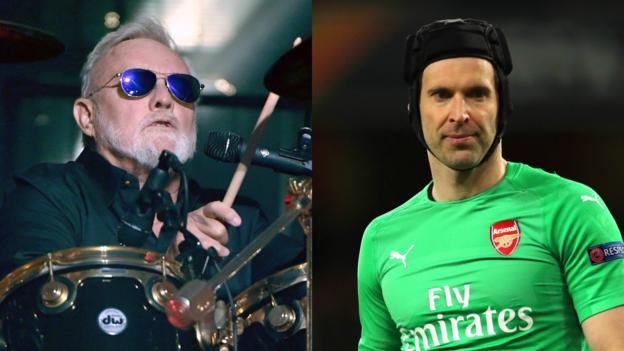 There are only a handful of times when a football team/player have released a song and it hasn’t been a complete embarrassment – World In Motion is the only one I can really think of actually – so you really have to wonder what goes through player’s heads when they think that it’s a good idea to release another one.

There’s literally no way it’s not going to be absolutely awful and roundly condemned by everyone, so I’ve got no clue whatsoever as to why Petr Cech decided to team up with Roger Taylor of all people to release the atrocity that you can hear below. It really has to be heard to be believed but if for some reason you can’t listen to it and want me to describe it to you, it’s kinda like a midi drum beat with some really dumb guitars playing basic scales over it and Petr Cech saying words and phrases like ‘The Pitch’, ‘Fame’ and ‘Play Football’.

Words can’t really do it justice, it really is the next level of atrociousness:

Wow. Imagine being Roger Taylor – the man who has played on Bohemian Rhapsody, Killer Queen, Another One Bites The Dust et al – at the end of the recording session being like ‘yeah Petr, think we nailed it nice one’. The mind really does boggle.

In fairness to them both, the record is being released for charity so maybe some good will come of it, but I feel like it’s just going to be roundly mocked for years to come for being completely awful. Hopefully Petr Cech doesn’t take up a music career after he hangs up his boots.

For more of the same, check out this video of him playing the drums. Very silly.