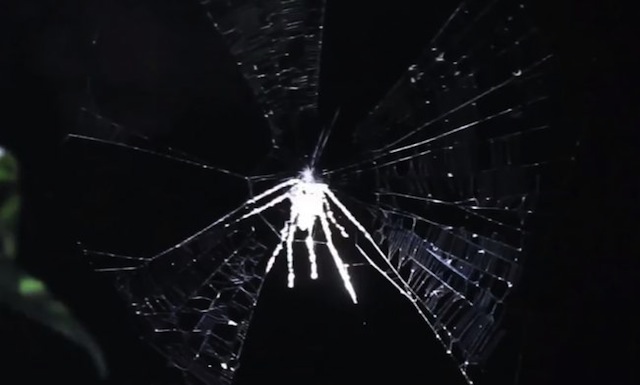 Scientists in Peru have discovered that the spiders there have been building fake versions of themselves in the Amazon rainforest as a means to fool other creatures trying to hunt them.

As we evolve into smarter, more capable (well, mostly) creatures, so do our tiny creepy crawly friends.

Scientists in Peru have discovered certain spiders there have been building fake versions of themselves in the Amazon rainforest as a means of fooling other creatures trying to hunt them/trespass on their webs.

The spiders — believed to belong to a species called Cyclosa — use the bodies of dead insects and jungle debris to create the fake copies of themselves.

It’s a pretty genius move and one that suggests we can’t completely rule out the idea of spiders completely taking over in another millions years.

â˜› More Spiders: How Would You Catch This Huntsman’s Spider?