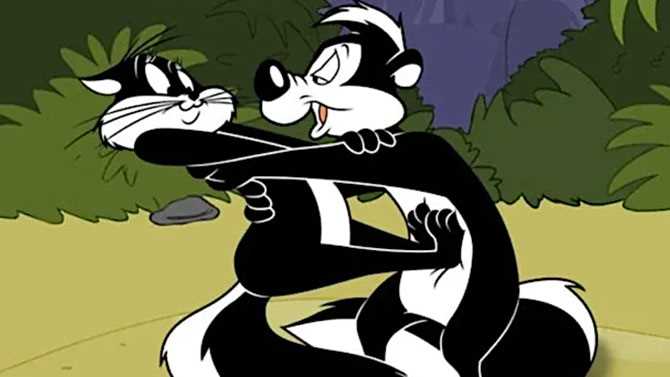 I’ll be honest when I say that I haven’t really thought about Pepe Le Pew much in the last twenty years, but if someone mentioned his name to me I would remember some weird skunk who stank loads and was kind of lothario maybe? I truly don’t really recall that much about him, other than he was French and a skunk.

It turns out though that Pepe Le Pew is somewhat of a problematic character as his whole gimmick can be seen as promoting rape culture and this has led to his omission in the upcoming ‘Space Jam 2’. The decision to not include Le Pew was made a long time ago, but it’s been highlighted in this context by New York Times columnist Charles M. Blow. There’s a whole article on this but you can see his point made pretty well from the below tweet:

RW blogs are mad bc I said Pepe Le Pew added to rape culture. Let’s see.
1. He grabs/kisses a girl/stranger, repeatedly, w/o consent and against her will.
2. She struggles mightily to get away from him, but he won’t release her
3. He locks a door to prevent her from escaping. pic.twitter.com/CbLCldLwvR

Yeah, gotta say that Le Pew does seem like kind of a creep there doesn’t it? Probably didn’t really think about it at the time, but I reckon most of his adventures were based around similar scenarios and we probably don’t really need to be perpetuating that kind of narrative in 2021, even if he is just a cartoon skunk.

Kinda strange that it’s taken so long for Le Pew to get cancelled considering the kind of culture we’re living in right now AND when you see that Dave Chapelle did a stand up routine about his problematic behaviour almost 20 years ago:

Seems like nobody is safe, even some B list Looney Tune celebrity. Start cleaning out your closets now if you don’t want it to happen to you.

For more of the same, check out the original Space Jam website. For some reason it’s still online exactly how it appeared in 1995?