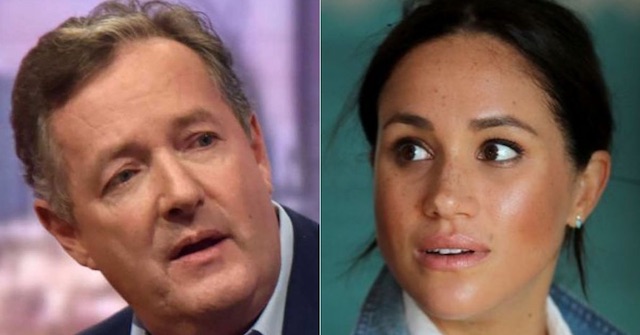 Was this the final straw?

Last year it seemed like Piers Morgan had really turned a page within the national consciousness as he was seemingly the only television presenter that would actually hold the government to account on their terrible decisions during the pandemic and justifiably received a lot of praise for that, but his recent obsession with bullying Meghan Markle has seemingly jettisoned any good will he had curried with a large section of the population.

Even if you can’t stand Meghan Markle, you should be able to admit that Morgan’s obsession with putting her down almost every single day over the last couple of weeks is a bit weird and downright creepy, and the final straw for a lot of people came yesterday morning when he said that he didn’t believe that she was suicidal when she brought it up in the controversial Oprah Winfrey interview. Now, a lot of people are saying that they’ve reported him to Ofcom for his comments and are trying to get an official investigation going about his behaviour:

@ITV continue to campaign “Be Kind” but have somehow allowed a woman to say she has suicidal thoughts on national TV and the a presenter say she’s lying.

Below is an ofcom link

If you agree that what’s been said this morning by P*ers is dangerous, disgusting and unacceptable, take five minutes right now to log a formal complaint with @Ofcom here:https://t.co/peOVsoMa9Q

And if you know other people who agree, let them know how to complain as well! https://t.co/R7UPSE21V8

Mental health is far too delicate an issue to be part of whatever agenda he has against Meghan especially in this climate. Reports need to be made to OFCOM. https://t.co/CIu3F3ZeTu

.@ITV you are currently running a mental health campaign “Get Britain Talking” yet you allow Piers to state he does not believe Meghan Markle when she said she contemplated suicide whilst doing her interview with Oprah on GMB.

Link to report to @Ofcom in thread..

First time for everything, Piers wins my first ofcom complaint.
Tired of his noise.

Seems like people are angry – and to be fair I think they have got a point here, especially with that campaign ITV are running at the moment – but do we think anything is actually going to happen here? It seems very unlikely that Piers Morgan will ever face any repercussions for his actions after he slithered his way out of the phone hacking scandal and went on to have an even more successful career out of it, but maybe it is finally his time? You never know. At least he’s reminded everyone what a complete dickhead he can be after somehow worming his way into hero status during the pandemic.

For more of the same, check him out defending his Christmas trip to Antigua during the pandemic. That wasn’t so hot either.