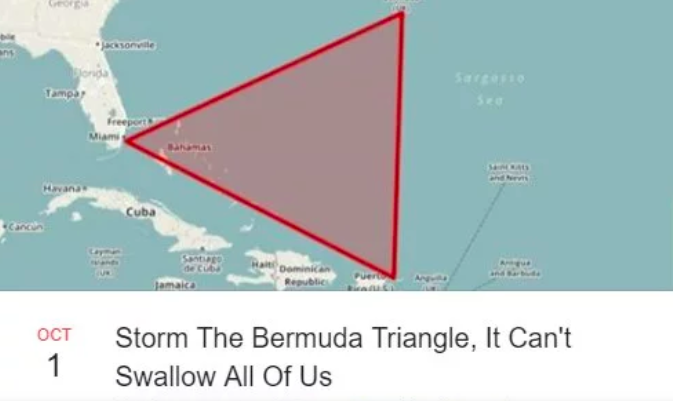 Unless you’ve been on a social media hiatus for the past week, you will know about ‘Storm Area 51, They Can’t Stop All of Us’ – a semi-serious Facebook event inviting people from around the world to group up in the Nevada desert on September 20th and then storm the top secret military/alien test site.

The group has gone from a few thousand attendants to a whopping 1.5 million, and while most of them have joined for the LOL’s, some of them are deadly serious. So much so that the US Air Force has sent out a warning that the military “stands ready to protect America and its assets.” AKA you will probably get shot if you try to enter the area. 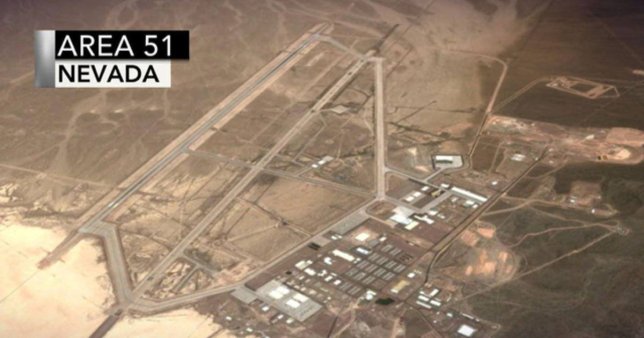 Nonetheless, people are joining the group in droves, and the event has even spawned another bonkers mission to storm the Bermuda Triangle. Why? Because, as the Facebook event says, “it can’t swallow all of us”.

As you already know, the Bermuda Triangle is the western part of the North Atlantic Ocean where a number of aircraft and ships are said to have disappeared under mysterious circumstances – and to this day no one knows why.

The mission makes a helluva lot less sense than the Area 51 event (and that’s saying something), mostly because you can’t exactly charge into the middle of the ocean. 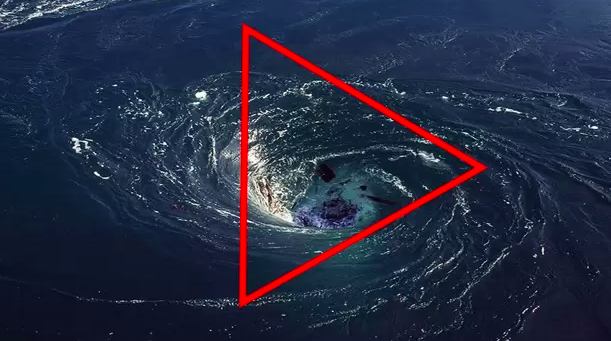 This fact hasn’t deterred the organiser, and already over 40,000 people are either going or interested in going, with the description of the event saying:

Trying to assemble live music food and entertainment. Check the go fund me in the discussion section. Attendees must dress as spongebob characters or pirates. I’ll provide the boats and scuba gear. Just bring weed and a lot of beer and whiskey.

Okay, so you’ve probably figured out by this point that this is just a tongue-in-cheek piss-take of the Area 51 mission. But this is 2019 and as we’ve learned by now, anything is possible. Guess we’ll have to wait and see when October rolls around – popcorn at the ready.

To read about the mystery of the Bermuda Triangle vanishings, click HERE.