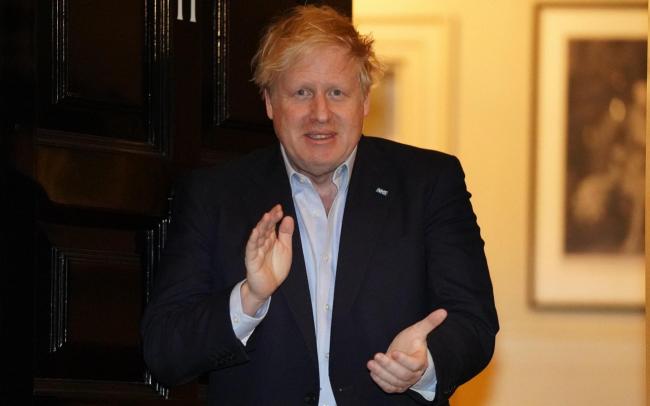 It didn’t really work out.

Everyone is obviously aware that the Prime Minister is currently fighting for his life in intensive care after suffering complications from Coronavirus and I’m sure that the vast majority of the nation isn’t wishing death upon him despite how they feel about his performance as Prime Minister or just how the feel about him as a person.

This prompted people to start the #ClapForBoris on Twitter yesterday to encourage people to go out on the street and spend a minute at 8pm clapping for the Prime Minister to show him that the nation was behind him, in a similar movement to the #ClapForNHS that has been happening on Thursdays. Unfortunately, nobody actually took this seriously and a whole bunch of streets were completely silent at 8pm and obviously social media users were all too happy to upload videos of these to their respective platforms to completely rinse the Tory government about this:

wow, that was such an emotional moment seeing salford #ClapForBoris 💗💗 x pic.twitter.com/a7TAWPYHza

moved almost to tears by the outpouring on my street, showing the PM how much we’re with him. #ClapForBoris pic.twitter.com/47t3NsV754

Such a massive #ClapForBoris up here in Newcastle that it’s made my ears bleed. 🤭 pic.twitter.com/5buh33lswH

Proud as punch, our estate clapping for Boris. #ClapForBoris pic.twitter.com/n77ZpPA6xM

the support on my road for Boris tonight was deafening!!😍😍 #ClapForBoris beautiful.. well done manchester🥰✨😌 pic.twitter.com/K8TKBqJyfw

Lol. I mean I guess you haven’t really got any proof that these streets were being filmed at 8pm and were all completely quiet, but I guess even if they are al faked, the fact that people are uploading  them is enough to display the contempt that some people in this country feel for Boris and the Tory government. Kinda do believe that most of them are real though – maybe the crickets on that one were a bit much though.

I thought that the whole #ClapForBoris movement may have just been a joke considering nobody actually seems to have taken part in it and done it, but I did find a couple of videos where people had actually uploaded themselves taking part in it. Here’s Glenn from Wolverhampton, some chav who worships Katie Hopkins and and som old guy with his top off who is probably racist banging a pan:

#ClapForBoris Sending our best wishes ⁦@BorisJohnson⁩ Get well soon and carry on the great job!!! pic.twitter.com/h26TUtZFF3

Great work guys. Hope it made you feel good and I suppose I do genuinely hope that it inspires the PM to fight for his life and get through this because I don’t wanna see him – or anyone else – die from Coronavirus. Don’t think we really need to praise the guy for cutting NHS funding and telling us that we would get through this by developing herd immunity and then pulling a complete u turn on that policy within about 48 hours though do we? Good luck to him though.

For more of the same, check out when Johnson won an award for talking complete and utter nonsense. Worthy winner.