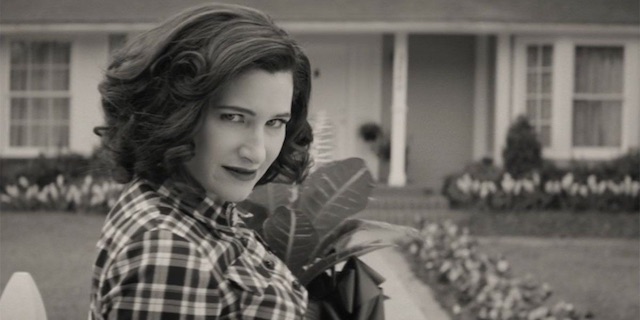 Remember a couple of weeks ago when SPOILER Agnes was revealed as one of the villains of ‘Wandavision’ and she had that awesome ‘Agatha All Along’ theme music and then some dude called Leland Philpott when viral with an awesome trap remix of it?

Well, Leland wants to keep the party going now and so has introduced the Agatha Trap Challenge, inviting people to rap, scat or dance or even sing over the beat and see who comes up with the best offering. There have been some interesting entries so far, with this one from Ty Luv The MC smashing it especially hard (there are a couple more underneath it as well):

Check out my remix to @tyluvthemc entry in the #AgathaTrapChallenge…

Here it is. My rap cover of the #AgathaAllAlong trap remix produced by @lelandphilpot I might do another in the future, stay tuned for more. Comment your video or link to your #AgathaTrapChallenge #SoundCloud #music #rap #hiphop #Marvel #SpiderMan #comics #anime #FYP #fypシ pic.twitter.com/X0pCrI7Mld

Pretty impressive spitting huh? Can’t wait for Leland to pick the best two rappers and actually make a full version of this song so I can hear it blasting out at the club over the summer when the lockdown/pandemic is finally over. We can but dream.

For more of the same, check out some Bill O’ Reilly dubstep remixes. Way better than you think.