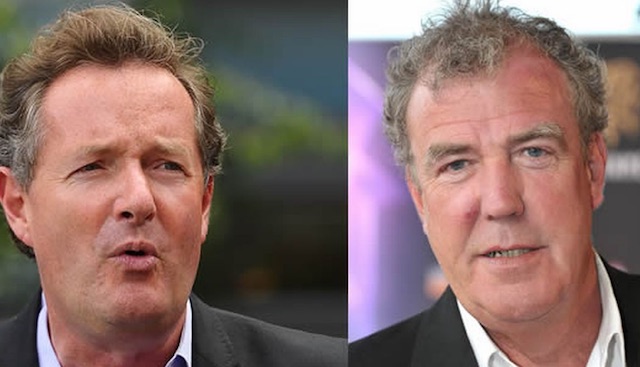 Piers Morgan has left ‘Good Morning Britain’ and the search is on to see who will replace him with many Twitter users believing that the right man for the job is none other than Jeremy Clarkson.

Jeremy Calrkson was trending in the United Kingdom last night following the news of Morgan’s departure from the show and to be fair, he makes perfect sense as a replacement as he’s like a more outspoken, more brash and more assholish version of Morgan, if that’s even possible. Probably more right wing as well. There’s also the added bonus that Morgan absolutely hates him, so it would be kinda funny to replace him like that I suppose?

Anyway, here’s a few of the comments that people had to say about it:

Hey ITV how’s about making @JeremyClarkson guest host on GMB until you find a permanent replacement for @piersmorgan? pic.twitter.com/0dpRQQUWlk

Good morning you ass wipes. If u think piers Morgan was straight talking wait till u hear Jeremy Clarkson lol. He won’t shout tho. pic.twitter.com/x97cG6TCQU

I am not Jeremy Clarkson’s biggest fan by any stretch but I would watch if they put him on.

The poodle would go into meltdown and the likes of Dr Shola would have met her match!

I must stop defending people I am not keen on😂 pic.twitter.com/VnvzPSSkB3

Jeremy Clarkson will be a good replacement for GMB

Seems like there’s definitely an appetite for it? Whether or not it will actually happen is anyone’s guess though. I wouldn’t even be slightly surprised if it did, although Clarkson doesn’t strike me as the kind of guy who would want to get up at 4am. That’s probably the only obstacle I can see to this going down.

For more of the same, check out Piers Morgan getting a cream pie launched in his face. Lol.