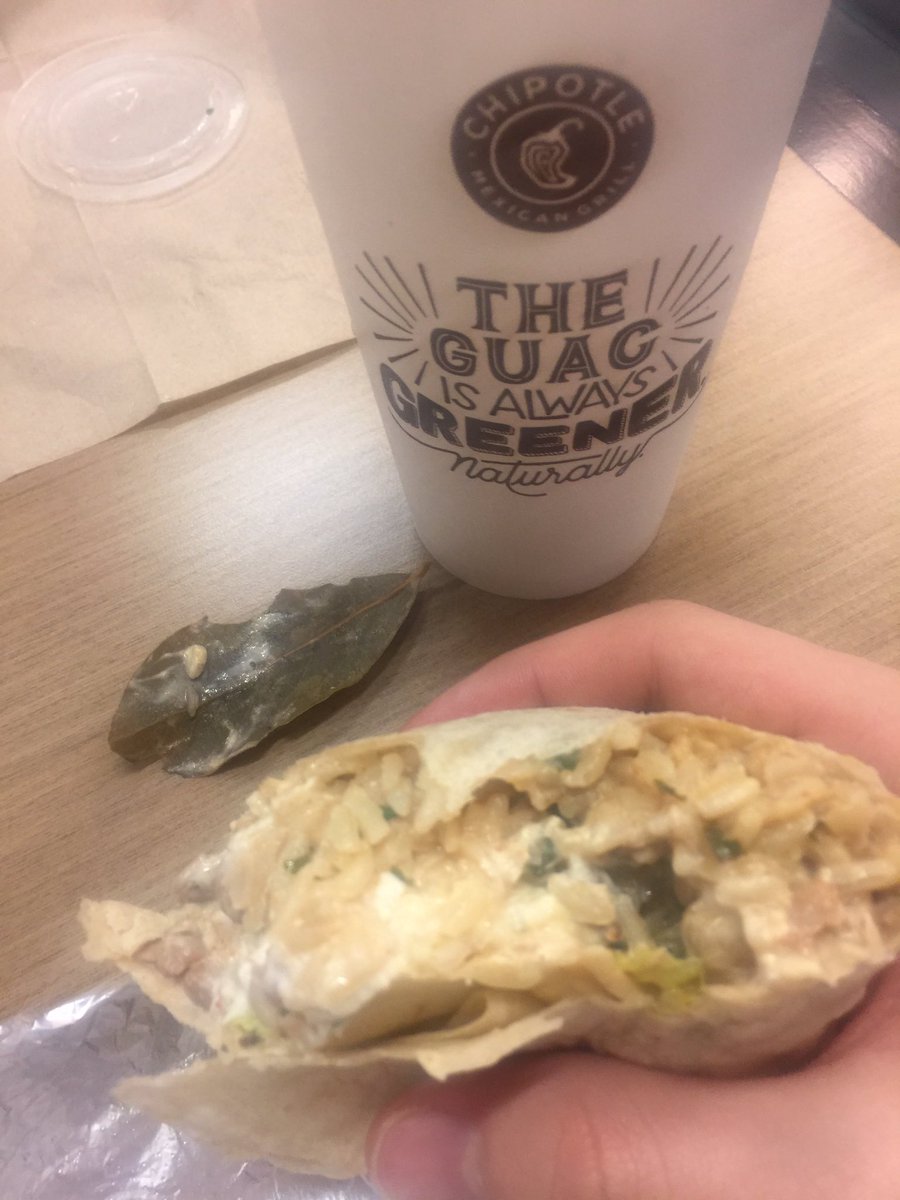 Spice up your life.

For those of you who have clicked this article in a desperate attempt to find out what a bay leaf is, first of all you are abhorrently lazy and secondly, it’s an aromatic leaf added to recipes to enhance the flavour of certain meals. It’s essentially a spice, which is why Chipotle chuck it into a bunch of their tacos and burritos. After all, Mexican food without spices would be entirely shit.

A bunch of clueless food lovers in the US have been tweeting the brand, enraged after finding a simple bay leaf in each of their delicious meals. It would be hilarious if it wasn’t so fucking tragic. Take a look – shoutout to the guy who ended up changing his username to “bay leaf white boy” after backlash from Twitter trolls.

Thank you @ChipotleTweets for the leaf in my burrito. Yum pic.twitter.com/pqKw1HAXSy

@ChipotleTweets hi yes is this an extremely large basil leaf or is this an actual leaf in my food pic.twitter.com/EVcjasZXA7

Obviously the response from bay leaf lovers and those accustomed to the innards of a spice rack were howling. Many former Chipotle employees took to the internet to assure their peers that all was good.

When I worked at Chipotle I always would make sure to take the bay leaf out when I saw it so I wouldn't upset a white person https://t.co/lWx7HhctZs

lol you people really never seen a bay leaf before? now i see why you get chipotle, yo ass can'ttt cooook https://t.co/dqQa2ZkCOF

2 things. 1 Why dont whites know any seasonings and 2 why doesnt chipotle know not to serve the bay leaf https://t.co/wgP2CvDBfN

I really hope Chipotle employs a person to explain to its disgruntled customers what a fucking bay leaf is. pic.twitter.com/NWNf6uS3lF

Not really sure what everyone is getting worked up about to be honest, it could be a lot worse. After all, this Ghanian woman found a human penis in her soup and we’re pretty certain that stuff isn’t chucked in for flavour.