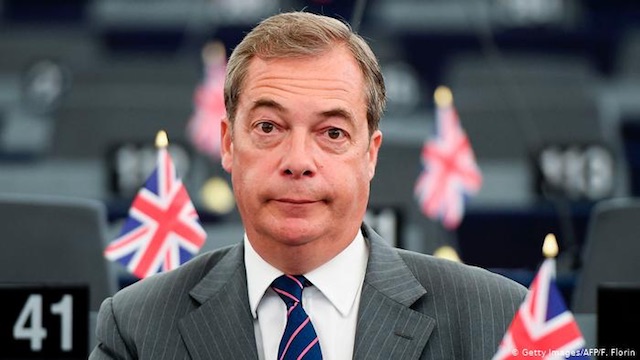 Remember about a year ago when Trump and Farage were doing a rally somewhere in the south and a bunch of kids on TikTok trolled them all by claiming free tickets and then not showing up so that they had to perform to virtually nobody?

That was really funny and it looks like it’s going to happen again as people are claiming that they’ve bought thousands of free tickets to Nigel Farage’s upcoming US tour with no plans to show up whatsoever. The former Brexit Party leader was trending on Twitter today after Tim Burgess – the lead singer of the Charlatans – shared the link and ‘encouraged’ people to do the same so that Farage’s evenings wouldn’t be spoiled. Good one Tim.

Anyway, a bunch of people subsequently decided to buy a whole bunch of tickets:

It seems I’ve managed to pick up a couple of free tickets to Nigel Farage’s speaking event in Pittsburgh this week. Shame I can’t go, I do hope he’ll manage to fill the empty seats 😅

Farage can’t complain about being cancelled if we make sure every place is fully booked. https://t.co/NyleCtmG1t

It’s highly irresponsable of people to get free tickets to Nigel Farage’s tour with no intention of going. It looks like poor Nigel will be speaking to empty halls. Please retweet to discourage others from doing the same.🙂 https://t.co/mLMp2N6Fz3

Remember that time K-pop fans ruined Trump’s big election rally by booking free tickets they had no intention of ever using?

On a completely unrelated topic, Nigel Farage is offering free tickets to his latest tour…https://t.co/Jy7dpDVJR5

Free tickets to see Nigel Farage speak. Imagine how awful it would be if loads of people registered and then didn’t turn up.https://t.co/5xAdpKGfPN

Lol. You’ve gotta admit even if you like Nigel Farage the idea of loads of people buying free tickets for his events and not going so he has to speak to nobody is really funny. If you want to make that happen, then go for it.

For more of the same, check out when he had an absolute meltdown during an interview with Andrew Marr on the BBC. Complete asshole.