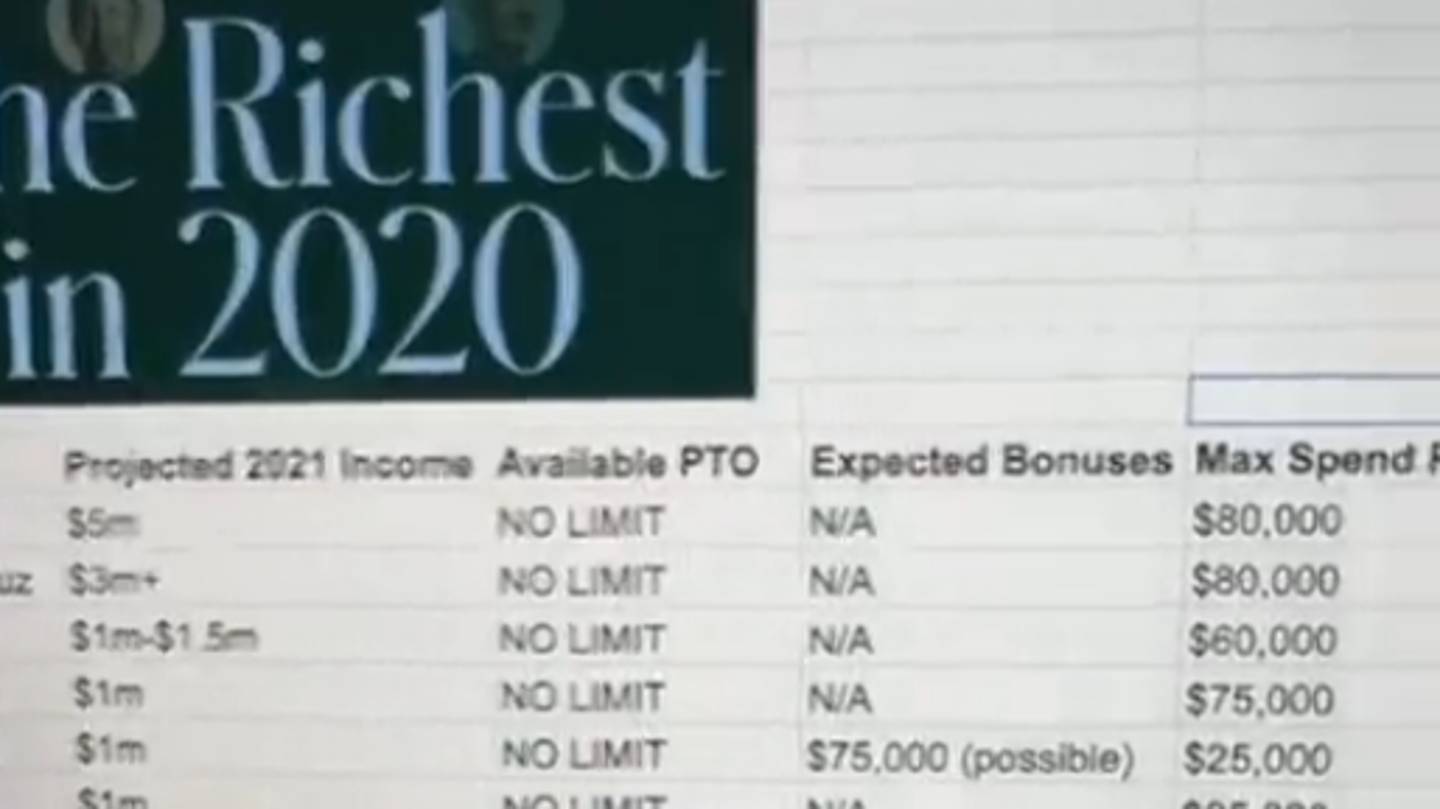 What in the hell is this?

I’ll admit that it’s kinda annoying sometimes when you have that one friend who always says he can’t afford to do certain things, but I don’t think I would go to the lengths that this man has gone to in order to avoid having that conversation.

Real estate investor Tom Cruz has decided that in order to avoid awkward moments with his friends when booking holidays he’s compiled a Forbes Style Rich List where he lists their salaries and a few other key pieces of information required when booking trips. Thankfully, he’s also decided to upload the concept to TikTok so we can all benefit from his forward thinking attitude:

What in the wealth is this pic.twitter.com/NTPTKT5CZG

So a few years ago, me and my friends started making a spreadsheet breaking down our incomes and availability for travel.

It’s incredibly helpful. You have your friends broken down here, from [name redacted], my top earning friend who makes over $5 million, to who we call ‘Broke [name redacted]’, who makes $125,000.

Marital status – helps if we know there’s gonna be anyone else coming – our willingness to travel to a third world destination, if they’re willing to split a private flight, and if they’re degenerate gamblers or not.

This list is very pragmatic, and also a lot of them are saying that it’s very motivational, so it allows us to avoid awkward situations within our friend group – inviting certain friends that may or may not want to do what we want to do, especially when it comes to gambling or spending a lot of money.

It works for us.

Wow. Whilst I can sort of see the benefits of something like this, I also have to ask the question that if I would even want to be friends with the kind of people that compile a list of this and also call someone who is apparently their friend and earns $125,000 a year the nickname ‘broke’. They really don’t seem like great people do they?

Kinda interested to think about what sort of holidays they even go on because I’ve been to Vegas and a few other ‘rich people’ destinations and they’re not even that expensive essentially if you’re willing to spend the money and I imagine if you earn $125,000 a year then you can probably spend at least a bit of it on a seven day blowout holiday. Even in Dubai etc doing stuff doesn’t cost THAT much.

Really weird flex from this guy having this list and even weirder that he thought it was so cool that he needed to share it. I guess that’s what being rich and having rich friends does to you though. Hope he continues to organise affordable holidays for his gang.

For more of the same, check out these Chinese rich kids living it large over in America. Awesome.