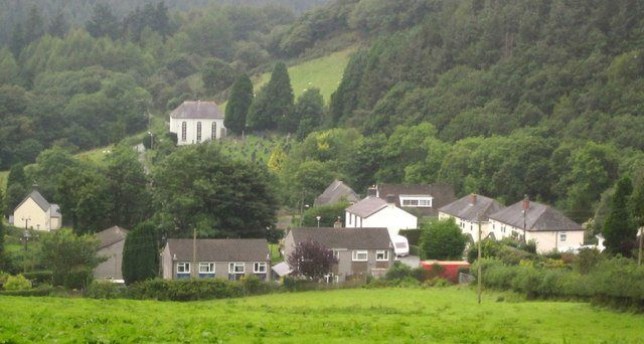 A pensioner turning on his old television each morning left 400 villagers without broadband (or in some cases – very poor connections) for 18 months.

As reported by Metro, Openreach engineers made repeated visits to the rural Welsh village of Aberhosan due to ongoing connectivity issues and slow speeds from 7am every day.

Tests showed the network was working fine and the engineers even replaced large sections of cable that served the village. But for some reason –  the early morning wipeout kept happening.

Investigators did some more digging and eventually discovered the root of the problem by tracing a burst of electrical interference to a property in the village.

The ‘mortified’ homeowner confirmed they switched on their old television at that time every day, unknowingly sending the village’s broadband into meltdown.

We walked up and down the village in the torrential rain at 6am to see if we could find an ‘electrical noise’ to support our theory.

And at 7am, like clockwork, it happened. Our device picked up a large burst of electrical interference in the village. ‘The source of the “electrical noise” was traced to a property in the village.

It turned out that at 7am every morning the occupant would switch on their old TV which would in turn knock out broadband for the entire village.

As you can imagine, when we pointed this out to the resident they were mortified that their old second-hand TV was the cause of an entire village’s broadband problems, and they immediately agreed to switch it off and not use it again.

Suzanne Rutherford of Openreach says these issues aren’t as rare as people think.

Anything with electric components – from outdoor lights to microwaves to CCTV cameras – can potentially have an impact on your broadband connection.

Pretty amazing that the signal from one old TV is powerful enough to disrupt a whole village’s broadband. Although according to a couple of the comments under the Metro’s article, it’s unfair to blame the pensioner or their TV at all:

Either way, I hope the villagers had a whip round to buy the pensioner a new TV. A nice 55″ 4K OLED that they can even browse the internet on, as opposed to shutting it down for the entire village at 7am every morning. Guess we should be relieved that Russia/China/North Korea weren’t involved in any case.

For the 81-year-old pensioner who joined a gang because he was ‘lonely’ and wound up in jail, click HERE.