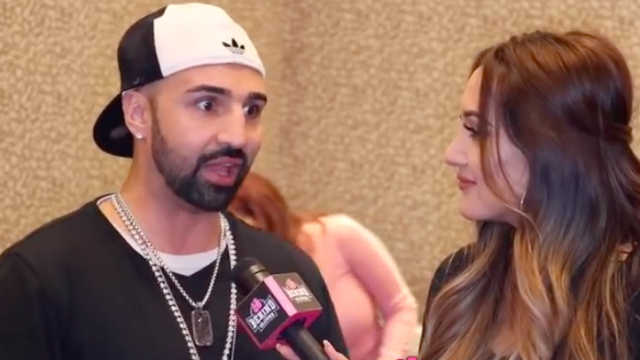 Didn’t see that one coming.

One of the weirdest beefs in combat sports over the last couple of years has been the issue between Paulie Malignaggi and Conor McGregor that arose after Conor told the world that he knocked him down when they were sparring in the build up to the Floyd Mayweather fight.

Ever since then the two have been throwing shots at each other, presumably with the intention that one time in the near future they’ll have a boxing match with each other and make a whole load of money as the beef plays out in the ring. Conor doesn’t seem to be too interested in that right now though and with that in mind Paulie has decided to bring out the ultimate playground tactic to get his attention: calling him gay.

You might think that adults – and possibly even children these days – are above that kind of insult,  but it turns out they aren’t as Malignaggi goes on a massive rant about Conor wants to suck his dick and a load of other things. Really is a weird one:

It’s kind of weird now because if he’d just put out the video then everyone would stop talking about it.

I’m starting to really think this guy has a thing for me, it’s kind of a weird vibe I’m getting from him. Why do you want me to think about you so much when I don’t need to think about you? Why am I still on your mind? Why wouldn’t you just put out the video and we can both forget about everything because everybody can make up their own minds about the sparring?

This is not homophobic or anything but I’m starting to feel like it’s a weird gay thing. As a man I have my rights and I don’t like another man coming on to me like that.

The guy’s gay though, and I don’t have anything against that but I’m not gay so don’t come at me that way please, I have rights as a straight guy.

Don’t sexually harass me this way. I want to go my own way. God bless, you can do what you want; if your wife knows you suck cock you can both be in on it together.

I don’t care if you suck cock or not but I don’t want you going near mine, I don’t want to discuss that but I’m starting to feel that if he doesn’t want to fight me but wants to keep bringing me up, that’s the only thing that this could possibly be.

This could be some closeted issue that he has that he needs to come out and face. I’m sorry but I don’t have that issue and I don’t want to go that way with him.

I mean that is weird and completely unnecessary really isn’t it and the opposite of what woke is in 2019. I hope Conor calls him out about it and better yet doesn’t even agree to fight him, although I suppose that will have the effect of him never shutting up and never going away as well. Tough call.

For more Paulie Malignaggi, check out the history of his beef with McGregor here. Very stupid.