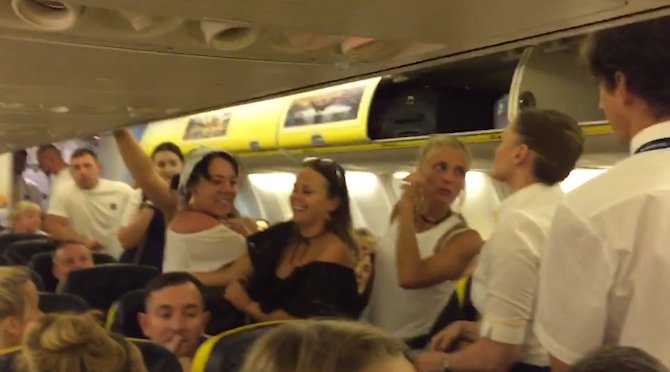 Ryanair really does pull in the classiest clientele – just check out this hen party that had to get booted off the plane for acting like what fellow passengers described as “creatures”.

The women, who were on their way to Alicante from Liverpool last night (classic) had reportedly been necking vodka whilst screaming and swearing throughout the flight. They were so noisy that they were kicked off the plane as soon as it landed, leading the other passengers to cheer as the airline staff escorted them out:

Brilliant. I’m judging by the scale of that cheer that those women were an absolute nightmare on the flight over. According to Ryanair staff, the party was removed and detained by local police. Looks like that hen do has turned into a hen don’t.

Those women caused nearly as much of a stir as this couple who were caught shagging on a busy Ryanair flight from Manchester to Ibiza. As said, Ryanair pulls in the classiest customers.