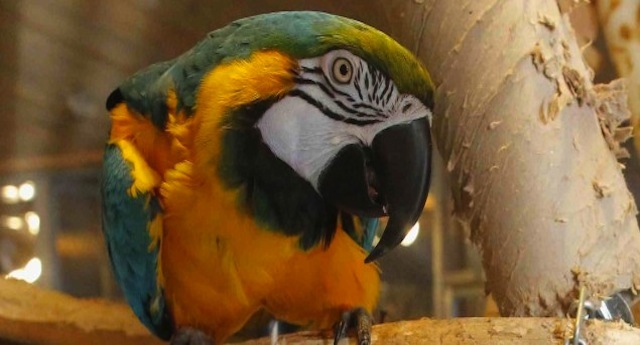 A Mexican motorist was busted for drink driving after his pet parrot grassed him up to police.

A Mexican motorist was busted for drink driving after his pet parrot grassed him up to police. 49-year-old Guillermo Reyes was pulled over by traffic officers in Mexico City at a routine alcohol checkpoint last week and as they got him out of his car to be tested, they heard a voice going “He’s drunk! He’s drunk!”

At first the officers thought there was another passenger inside the vehicle but then clocked it was actually Reyes’ parrot chilling in the back seat.

They found that Reyes was indeed drunk and arrested him. They did however allow Reyes to take the bird with him to the city’s “hangover prison” (drunks are taken there to sober up and stay the night) as they feared it would die if separated from its owner.

So is this parrot a bit of a dick or did he do the right thing? Not sure if Reyes would have convinced the officers he was sober otherwise, but still a bit of a dick move by the parrot to grass up its owner like that. The guy who gave you a home and feeds you and let’s you come on car rides with him. Where’s the loyalty?

And what if the charge had been something more serious? What if this guy had murdered someone in his home and did a spectacular clean up job with all the evidence expertly cleared away, but as soon as the officers come round the bird started chirping “He’s a murderer! He’s a murderer”. Does that hold up in court? Does the parrot get up on the witness stand?

In any case, this is why I will never own a parrot.