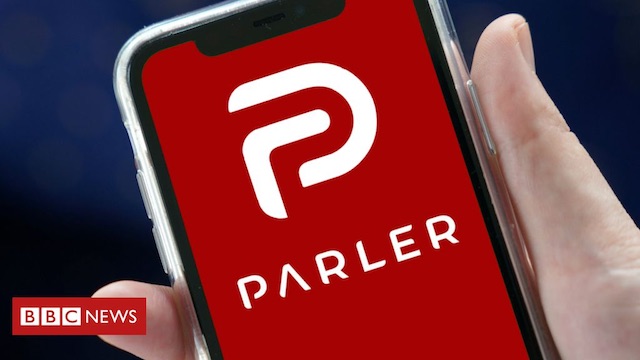 It was a pretty monumental moment in the history of social media over the weekend when Twitter announced that they would be permanently deleting President Trump’s account and several other platforms followed suit after they were worried that he might try to start another uprising after the events of last week. Absolutely huge seeing these corporations taking a stand against him.

However, many speculated that Trump would re-emerge on the Parler platform where several other right wing commentators such as Katie Hopkins have ended up after being banned from Twitter for their problematic views – it seemed like a match made in heaven. Sadly for Trump and other users of Parler though, the app has dropped offline after Amazon pulled support for it over the weekend after finding dozens of posts on the site that encouraged violence.

Google and Apple had already removed the app from their stores, so it’s not looking too good for its future right now. Here’s a message from CEO John Matze about the situation: 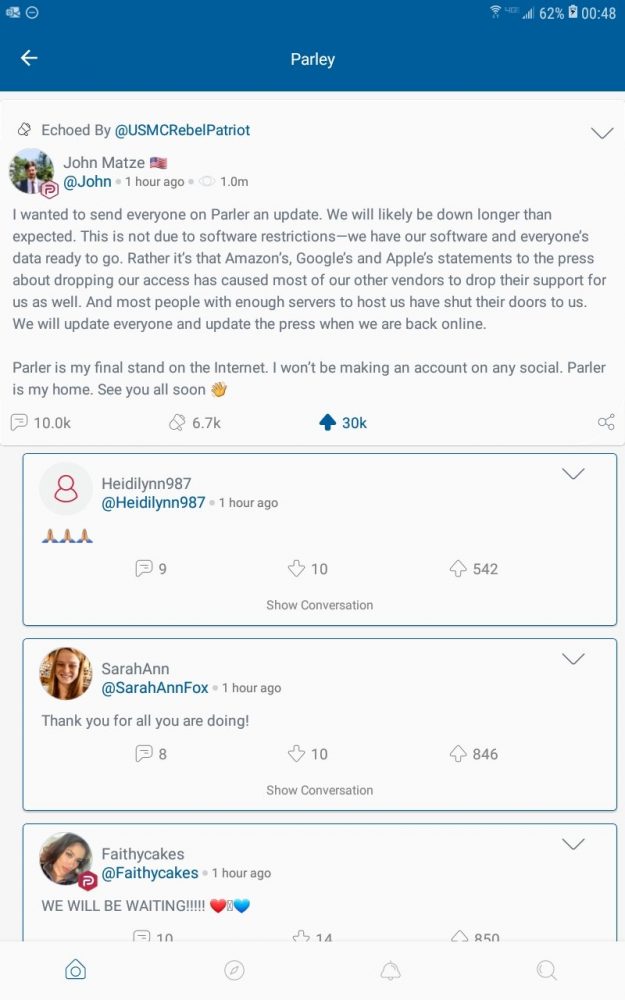 Yeah, looks like that really could be the end for Parler doesn’t it, although it seems like most of its users are migrating to another platform called Gab which has more sign ups in the past two days then the past two years combined. Wherever Trump ends up – because you know he’s going to end up somewhere – will undoubtedly be the social media platform of choice of all these people. Sure they’re all desperately pitching to him right now. This isn’t over.

For more of the same, check out when Katie Hopkins’ Parler account was hacked and they sent all the donations to Black Lives Matter. That was funny.