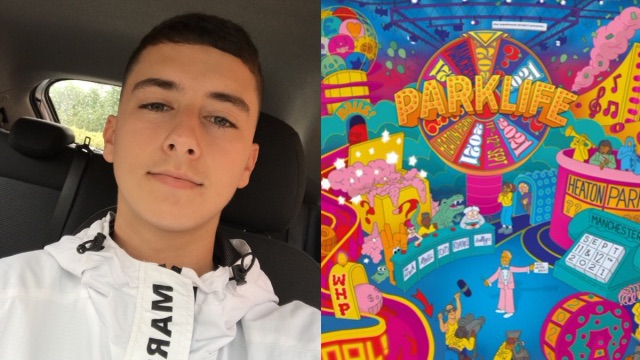 I don’t care what your disposable income is, there’s an undeniable problem with touts in this country buying multiple event tickets and then selling them at vastly inflated prices after it sells out and despite the best intentions of festivals etc and ticket companies, there’s not much they can do to actively combat this.

With that in mind, I’ve gotta give a shout out to Parklife festival with this absolutely brilliant piece of gamesmanship over a guy who was trying to sell the tickets that they had recently gifted him in a competition. Here’s how it went down:

Do you want them or not?

Na I won tickets for me and my pals so why wouldn’t I sell them? pic.twitter.com/tijqNS7Iir

Sorry to hear you’ve lost your tickets pal, I’ve got one spare for £350 if you need it?

Lol. In fairness to Hamish, he hasn’t backed down over the way he’s acting, claiming that he had already booked four tickets to the festival and no longer needed them due to winning the competition, so was looking to sell those and not the tickets that he had won. Even if that’s true though, maybe he could have just sold them at face value rather than £200 more each? He’s already saving him and his friends at least £150 having won the competition, so does he really need to make more money off his good fortune and have someone else pay over the odds?

Speaking to Joe.co.uk – where he probably has a mate working there or something – he brought up mental health issues to try and get him off the hook:

It’s getting to me a bit.

If it was someone else who was depressed, it could have been taken differently.

I’m getting thousands of messages, a load of trolls calling me out.

Of course I understand people’s frustrations, but I’m still getting messages now from people wanting to buy them. I think if people were in my situation, they would have done the same thing.

I see where people are coming from, but I think it’s really been blown out of proportion, just because Parklife want a few likes and retweets.

I think it’s absolutely ridiculous how Parklife have blown this up and I’m getting all the hate for it,” he says.

I don’t think it’s fair how it’s been dealt with at all.

Not sure if citing potential mental health issues here is the right call. I know we’ve seen recently how not believing them can cost someone their job but when you don’t have any and your behaviour was already selfish and predatory, I don’t think you can really lean on them as a crutch?

Like I said before, easiest solution to the guy was just to sell them at face value, then he would never have experienced all this abuse. Or maybe he shouldn’t bragged about how he won them in a competition in the first place – no need for him to even mention that and you can see why people were ‘confused’ by the situation. You reap what you sow buddy.

Parklife have actually deleted the tweet now so maybe they’re reconsidering their position which is a bit lame. I just wanted to say though that I thought it was awesome. Right to fair speech or whatever.

For more of the same, check out this meth head couple who were arrested for selling golden tickets to heaven. Good one.