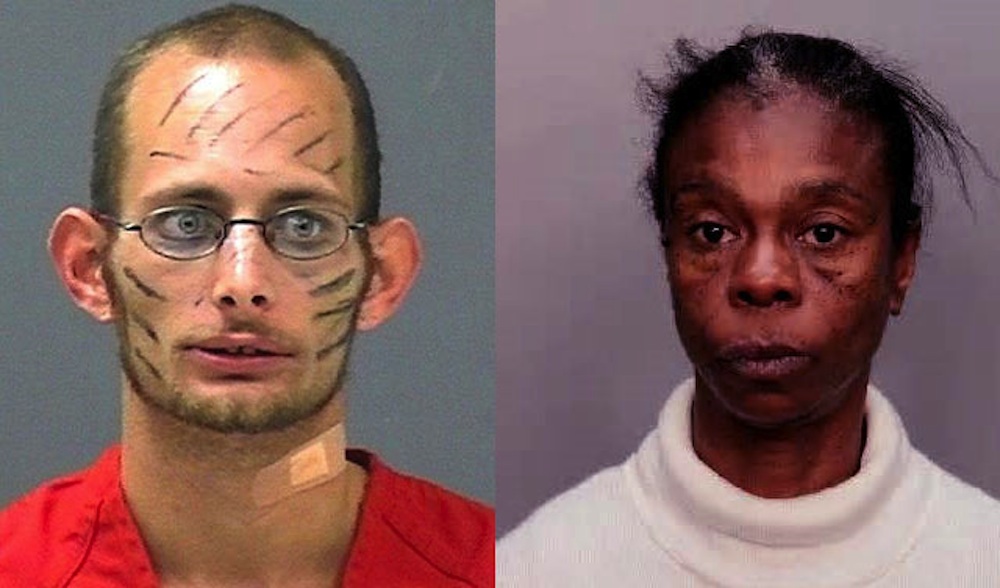 Unbelievably, people were actually buying these.

A couple of drug addicts named Tito and Annabel Watts from Jacksonville, Florida – where a girl once set her boyfriend’s car on fire because he wouldn’t buy her a McFlurry – were arrested recently for selling ‘golden tickets’ to heaven to a bunch of people. I’m not sure what’s more incredible about this story – that the couple actually thought that this would work, or that people were actually willing to part with $100 in order to obtain these ‘golden tickets’.

The pair were selling the tickets on the street and claimed that they were made of solid gold, and that when you reached the gates of heaven all you had to do was hand them over in order to get in and spend an eternity in pure bliss. Obviously, their ability to sell a piece of crap – literally a piece of wood spray painted gold with the words ‘Ticket To Heaven – Admit One’ written in marker on them – was immense as they managed to shift about 100 of them.

Unfortunately, this brought them unwanted police attention and led to their arrest due to misrepresenting their product – the Jacksonville cops took exception to the fact that they were portraying something as gold that quite clearly wasn’t. They weren’t worried about the fact that it allegedly allowed you access to heaven though.

Tito had the following to say after his arrest:

I don’t care what the police say. The tickets are solid gold… it ain’t cut up two by fours I spray painted gold. And it was Jesus who give them to me behind the KFC and said to sell them so I could get me some money to go to outer space.

I met an alien named Stevie who said if I got the cash together he’d take me and my wife on his flying saucer to his planet that’s made entirely of crack cocaine. You can smoke all the crack cocaine there you want… totally free.

So, try to send an innocent man to jail and see what happens. You should arrest Jesus because he’s the one that gave me the golden tickets and said to sell them. I’m willing to wear a wire and set Jesus up…

Clearly the thought process of a fully sane man. Again, I’m in awe at how he managed to sell so many of these bogus tickets if he was spouting crap like this all day?! Alan Sugar or Donald Trump should straighten the pair out and give them jobs because they would absolutely nail it.