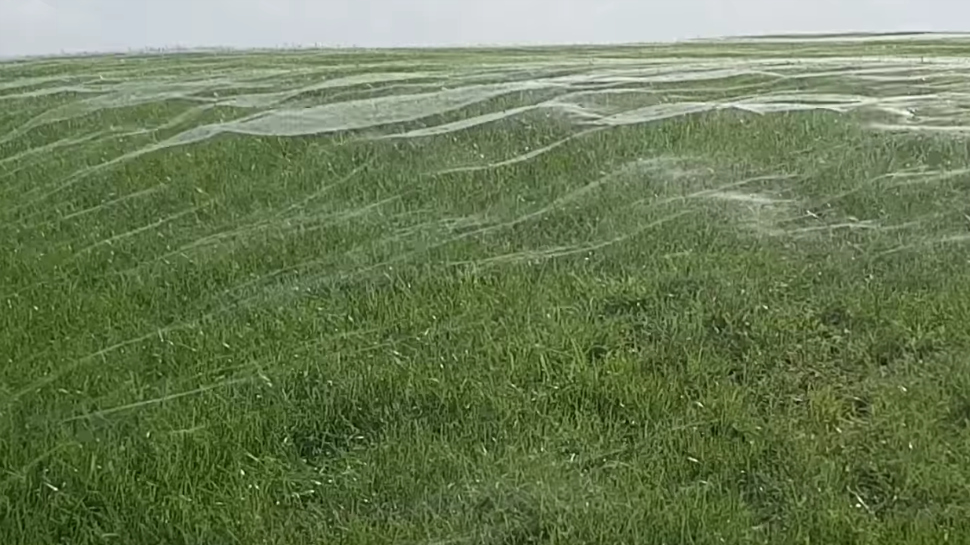 Ever wonder what your worst nightmare looks like? No need to wonder anymore, because we have that exact vision in video form.

Visitors to a New Zealand park were shocked recently after they found the grass to be covered, not with beautiful flowers, but with metres and metres of spiders in their webs.

A woman named Tracey Morris captured the footage on camera. The web blanket was roughly 30 metres long and covered in tiny spiders. She said:

There was a bright glistening coming from the top of the mound. It looked almost like the hill was sparkling.

For me, it was being at the right place at the right time yesterday to see a phenomenon which is rarely seen.

If you disagree, watch this video and get back to me.