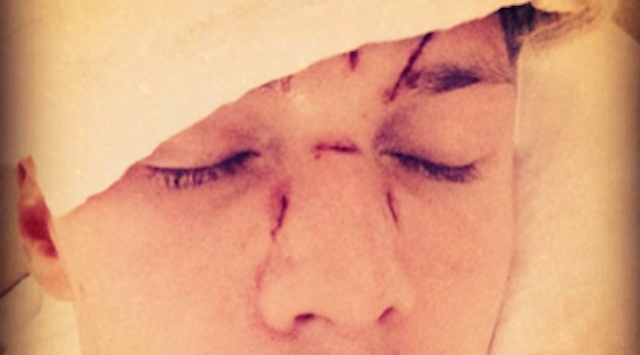 You just couldn’t make this stuff up.

You couldn’t make this shit up. There’s been well publicised beef between Lindsay Lohan and the Hiltons but this latest development is pretty ridiculous as it’s being rumoured that Lindsay Lohan ordered an attack on Barron Hilton over the weekend at a mansion in Miami which left Barron battered and bloody.

The story goes that Lohan was attending said party when she overheard Barron talking trash about her to someone else in the vicinity. Instead of acting like an adult and going over to Barron to try and settle their differences or just ignore them, Lohan decided to get one of her mates to attack him and beat him up. Mature. Allegedly Lindsay Lohan was also watching the fight and cheering the unknown man on, which sounds kind of unbelievable but would be great if it was true. Hopefully a YouTube video will emerge in the next couple of days and we can confirm that.

Barron is understandably upset about the incident and has filed a police report about it and is hoping to get something done. Paris Hilton also left a message about it on Instagram which seems like her typically retarded self, although it’s been deleted now. Here’s what it said: ‘They both will pay for what they did. No one fucks with my family and gets away with it!!’

Strong words. We can only hope that the feud continues to escalate to a level where the mutually assured destruction of both parties is guaranteed.