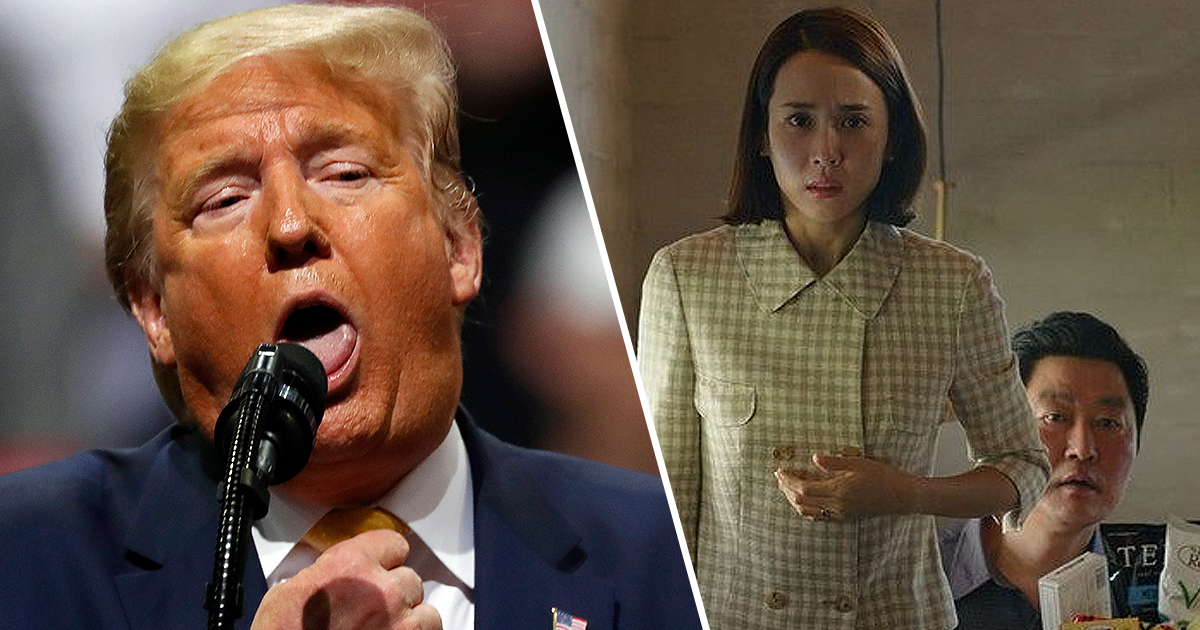 ‘Parasite’ made history by becoming the first foreign language movie to win the ‘Best Movie’ Oscar a couple of weeks ago, but there were obviously going to be people that weren’t happy about this because of the fact that it was a foreign language movie and rather predictably President Donald Trump was one of these.

Trump was speaking at a rally in Colorado last night when he said the following:

How bad were the Academy Awards this year?

And the winner is… a movie from South Korea!

What the hell was that all that about?

We’ve got enough problems with South Korea, with trade.

On top of that, they give them the best movie of the year.

Let’s get Gone With the Wind back, please? Sunset Boulevard. So many great movies.

I thought it was Best Foreign Film, no? Did this ever happen before?

I mean you kinda wanna laugh at that because it’s so stupid, but then you realise the most powerful man in the world is saying it and you just wanna despair instead. Thankfully though, the studio that released ‘Parasite’ had the perfect rinse to get him back.

Lol. I mean it’s good but I think really you just have to look at this exchange and ask how it became normal in the year 2020 that President’s are beefing with Oscar winning movies because they’re from a foreign country? Charlie Brooker could not make this shit up, I’m sorry.

For more of the same, here’s Trump becoming a meme about fake tan. That was a joke too.