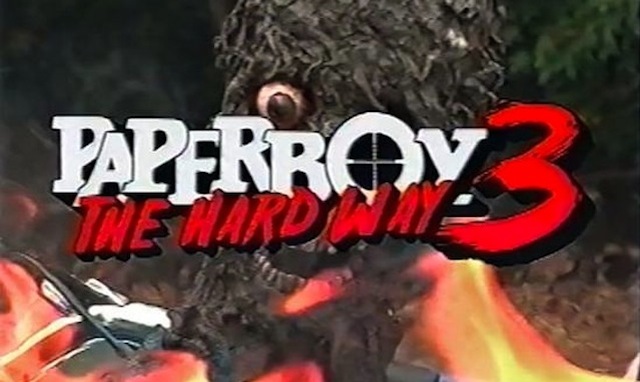 If you didn’t play Paperboy when you were growing up then you either completely missed out or aren’t that old. Either way, you can download it for your phone and it’s still as infuriating as it was back then so maybe check it out if you’re after a blast from the past, because this video is nothing like the original game.

I’m not sure why but it completely works to re-imagine the next version of the Paperboy franchise as a grindhouse style movie. The Paperboy hasn’t been delivering the papers on his route for a while now, and an evil newspaper mogul has been killing the paperboys on said route to increase his direct mail subscriptions.

It’s up to the Paperboy to get back onto his bicycle and sort shit out, in this surprisingly good trailer.