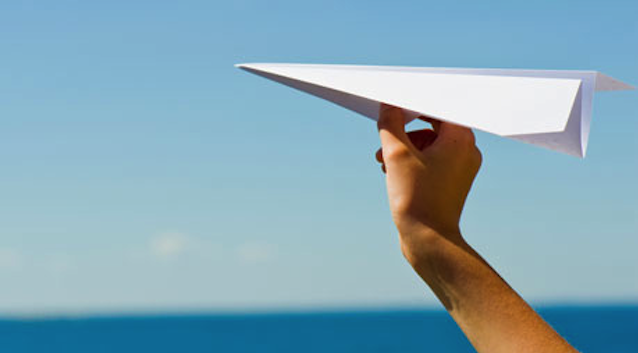 This might not sound so cool but when you see it, it will blow your mind.

I always wanted to be really good at making paper planes when I was a kid, but I sucked at it and my paper planes were always completely bait and never really flew anywhere. So it goes.

But if I’d have known about dynamic soaring then even if I was crap at making paper planes then I still could have made mine fly forever. The video explains how to do it fairly well – and it looks completely sick they way that it just flies really fast in a loop the loop forever – but if you want the boring science behind dynamic soaring then you can read that below:

‘Dynamic soaring is a flying technique used to gain energy by repeatedly crossing the boundary between air masses of significantly different velocity. Such zones of high wind gradient are generally found close to obstacles and close to the surface, so the technique is mainly of use to birds and operators of radio-controlled gliders, but glider pilots have occasionally been able to soar dynamically in meteorological wind shears at higher altitudes. The highest speeds reported are by radio controlled gliders at over 498 mph 801 km/h.

In our video the black chair acts as a slope and the wind is produced by the hair dryer.’

Be warned if you want to try this yourself, your hairdryer needs to be at least 1200 watts, the plane needs to be trimmed correctly and the position where you throw it needs to be very precise. It took the geek who made the video about 50 tries to get it right, so chances are you’re gonna be messing around with it for a while if you decide to try it yourself.