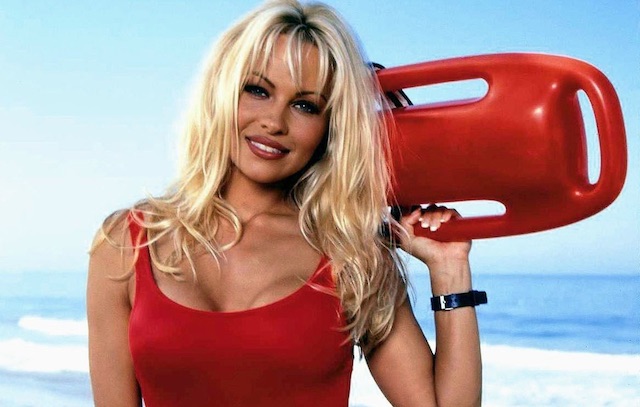 Pamela Anderson was one of the biggest stars of the 90s thanks to her role in ‘Baywatch’, but I’m not sure if it’s as well publicised that she’s also been a vegan for the past thirty years and has been campaigning fervently for this cause over the same period as well.

Anderson was interviewed on Good Morning Britain today where she claimed that vegans were better at sex than non vegans and obviously this didn’t make Piers Morgan too happy as he’s a passionate anti vegan. Sadly though, most of the reactions to her video were just people saying how much of a slut she was and how ugly she was, as well as making the same joke about her having had a lot of meat during her life despite her reasonable, articulate and fact based response to Morgan’s questions.

Have a look below:

However, Piers insists ‘fun things happen’ to meat-eaters too… pic.twitter.com/AscpXScRd5

Pamela anderson has had her fair share of meat over the years,a seem to remember seeing her eating tommy lee’s meat on a boat 😉

Compare Pam to Jennifer Aniston a meat eater and which one has aged more gracefully ? 2 years age gap know which one id rather take to bed . Not the washed up baywatch star that’s for sure .

Are her apparent implants made of plant vegetation?

She was happy to eat Tommy’s meat

IN HEALTH NEWS NOW: Pamela Anderson, (famous PHD holder in the science of nutritional intake’s effects on the cardiovascular system &
men’s sexual capability/performance. As a vegan, for 30 years, she should know. I’d argue she’s had more meat in her than 3 series Man v. Food. pic.twitter.com/LGmDLQv21u

Has anything else noticed we are getting bombarded with Vegan? Doesn’t Pamela Anderson look rough?

Pamela Anderson carries on like some flirty 15 year old despite being an aging old has-been. Still she kisses Morgan’s arse and that’s all that matters.

No wonder Pamela Anderson is vegan, her tits are meat free. #gmb

Geez. You really would think that people might be a bit better than this in 2021, but who are we kidding? Can’t have a vegan woman make an argument that vegans are better in bed without everyone calling her a slut and saying she looks rank. The woman is in her 50s, of course she’s going to have had sex a bunch of times with a bunch of different people, it’s hardly anything to shame her about just because you don’t like her opinions about vegans and their sexual prowess. Same goes with her looking a bit older – she’s in her 50s, give her a break. Twitter is too much sometimes.

For more of the same, check out this story about a guy who waited 35 years to marry Pamela Anderson and ended up divorcing her in 12 days. Weird how that worked out.