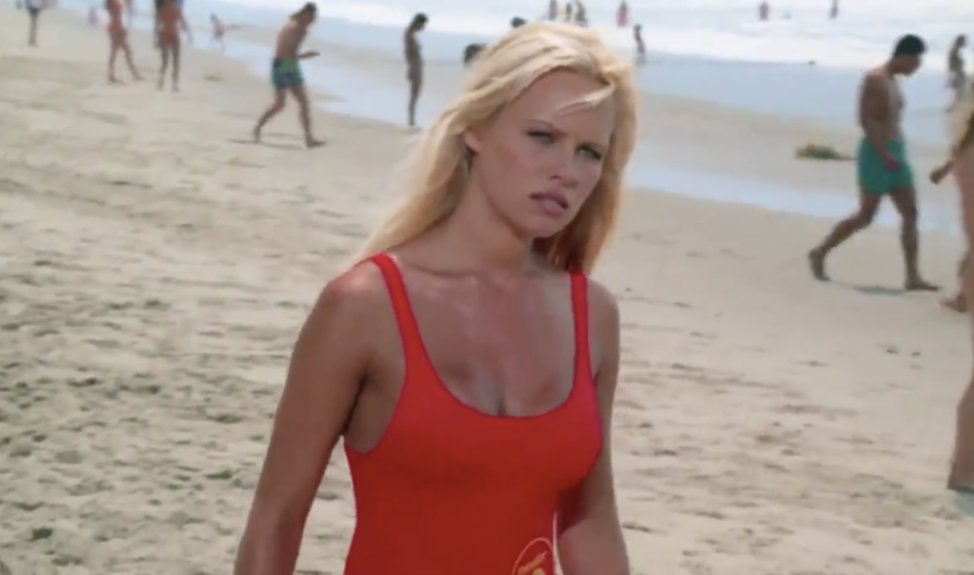 If you were around for the Baywatch heyday in the 1990s, you might recall a few ridiculously hilarious scenes, although I’m not sure there were any more outrageous than this clip currently going viral 20+ years later.

It’s only a one minute clip but even still it’s impossible to decide what the most ridiculous part of it is. Have a watch for yourself and see what you think:

It’s good to remind yourself at least once a day that this happened…… pic.twitter.com/U4fTCl6z7O

O…K then. We’ve got a) American baseball legend Mike Piazza wearing his own jersey and practicing his swing on the beach, b) a downright pathetic ‘rescue’ scene where Pamela Anderson says “I know the water is shallow but it’s still dangerous” while some girl flails around in ankle-deep water, and of course c) Mike Piazza then leaving with said girl on his arm.

Thanks Baywatch. I for one, totally appreciate this realistic scenario of a superstar baseball player… taking cuts on a crowded beach… then helping a super hot lifeguard to save a woman who could not stand up in 3ft beach surf. Rip currents man, they bring us all together👍

This clip should be shown to everyone who inspires to be a lifeguard or a baseball player. It could could save someone from drowning or improve your swing if you’re playing sandlot baseball.

… wasn’t bay watch the number one show in tv at one point…. how?

For a look at how Pamela’s co-star Yasmine Bleeth is looking 20 years after quitting Hollywood, click HERE.