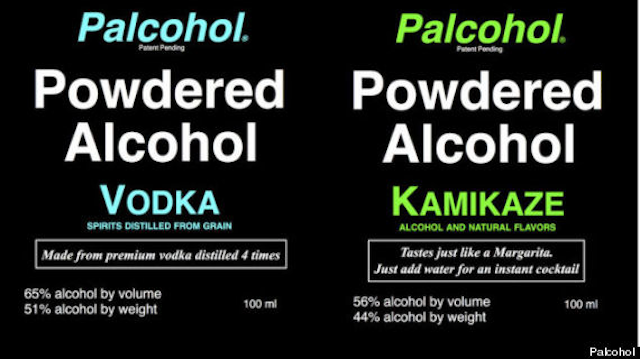 Damn, I knew it was too good to be true.

You might have read the article we posted the other day about an upcoming product called Palcohol that was literally alcohol made readily available in powdered form, which you could then basically mix with water to make an alcohol drink or maybe snort if you were feeling like going particularly wild.

It sounds awesome – especially if you’re not of legal drinking age – or at the very least pretty interesting and even though the founders expected to meet some tough resistance before they went to market they expected to have it on the shelves by fall at the latest. This was mainly due to the fact that the U.S. Alcohol and Tobacco Tax and Trade Bureau had seemingly approved the product for sale and this was the major hurdle they felt like they faced on bringing it to the masses.

Unfortunately, this was completely wrong and they hadn’t actually approved the product at all – they had only approved 7 of the labels that the product had proposed to use. Whoops. To make matters even worse, apparently the approval of the labels was also a mistake and Palcohol has now surrendered all 7 labels back to the agency.

Here’s a statement from the Palcohol website: ‘We have been in touch with the TTB and there seemed to be a discrepancy on our fill level, how much powder is in the bag. There was a mutual agreement for us to surrender the labels. This doesn’t mean that Palcohol isn’t approved. It just means that these labels aren’t approved. We will re-submit labels. We don’t have an expected approval date as label approval can vary widely.’

Well, that doesn’t sound good but it doesn’t sound like the end of the world; however with all the uproar surrounding Palcohol now it seems as though it won’t be approved any time soon, especially as they openly admit that they don’t have an expected approval date. I reckon they can probably look forward to an eternity of filing and refiling for approval as they slowly try to find a recipe that get through all those crusty laws.

Here’s hoping they make it through sooner rather than later though because I know I’m not the only person interested in snorting some of that stuff.