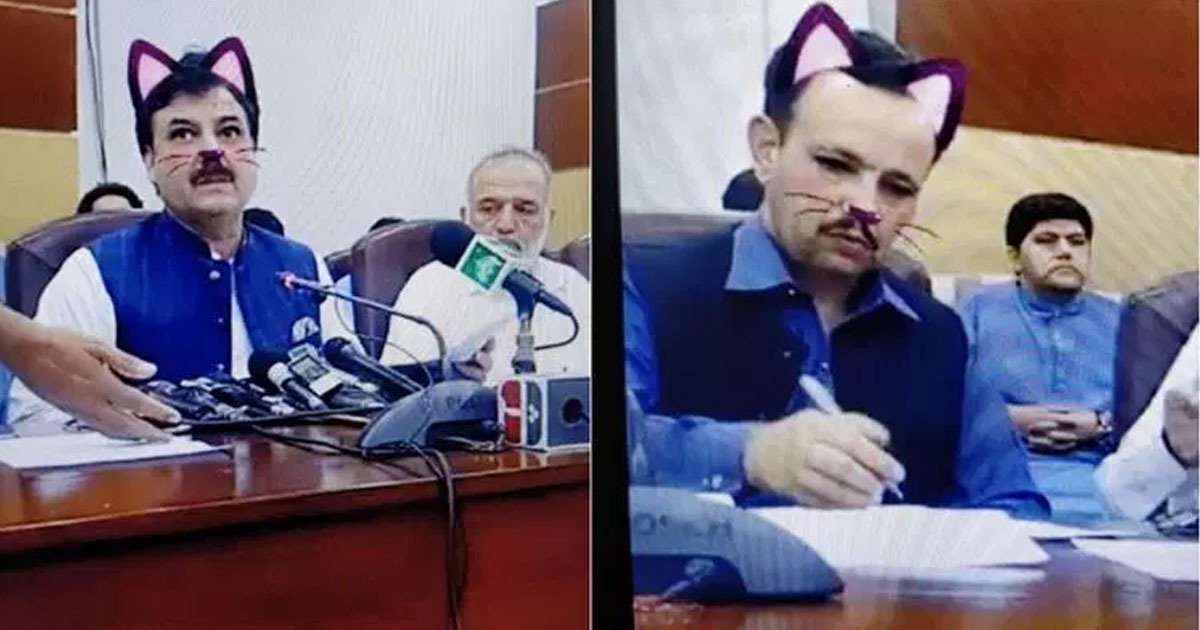 There’s a long list of things that you don’t wanna be doing if you’re in a position of power and want to be taken seriously and I’m pretty sure accidentally turning on the cat filter when you’re broadcasting on Facebook Live is pretty near the top of that list.

Unfortunately for the Pakistani government, this is somehow what happened when the provincial government of Pakistan’s Khyber Pakhtunkhwa were recently conducing a press briefing held by KP’s Information Minister Shoukat Yousafza. To ensure that everyone who wanted to see it was able to do so, the government took the decision to broadcast it on Facebook Live.

So far so good. The only problem was that whoever was in charge of it somehow accidentally added the cat filter to the broadcast and well, everyone was trying to act all serious and official and just ended up looking like cats.

According to KP government’s social media team we now have a cat in the cabinet #Filter pic.twitter.com/LNl7zwOfLU

You could argue that was a better look, but I don’t know how anyone is ever going to be able to take anyone involved with it seriously ever again considering all you need to do to undermine them in the future is pop up a meme/video/screenshot of them as a cat. Instant shut down.

A statement was later released blaming the incident of human error and saying that all necessary actions have been taken to avoid such actions in the future. Hopefully the government won’t be undermined in the future in that case, although you’ve probably gotta admit that it makes it way more fun and interesting for everyone at home. Imagine if Boris Johnson suddenly turned into a gorilla or something. Would probably make him a more appealing character, sure.

For more of the same, check out the ten best cats of all time. Might need to add this filter guy in there too.