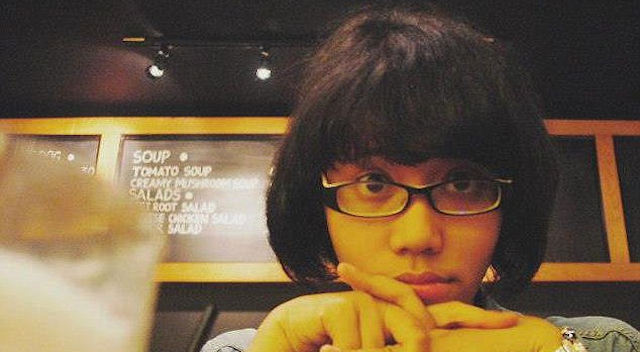 Way to predict your own death girlfriend.

A copywriter called Mita Durin who worked for Indonesian ad agency Young & Rubicam regularly turned to Twitter and Tumblr to vent about the long hours she was forced to work for her employer. Most of her tweets were normally fairly breezy and lighthearted and she didn’t seem to mind that her job gave her long hard hours, and even this tweet below – the last one before her untimely death – seems to be tweeted with an air of determination and humour at her situation.

Unfortunately, there was nothing funny about the events of the next day and what ended up happening to Mita, who suffered heart failure and then fell into a coma that she would never awake from. It happened this previous weekend, less than 24 hours after she posted the tweet.

Immediately, her family began to suspect the fact that she had worked overtime three nights in a row had had something to do with her death, and who can blame them? It seems like Young & Rubicam worked her into the ground and this would definitely have an effect on her health and lifestyle. In October for example she tweeted that she had thought about moving her bed into the office as she spent so much time in there. Again, this was lighthearted but obviously the overtones of it are a lot more serious now. Many of her tweets were accompanied by the hashtag #AgencyLife.

Since her death over the weekend though, several Indonesian newspapers have speculated that her death may have had more to do with the Indonesian energy drink Krating Daeng (AKA Thai Red Bull) and her excessive consumption of it. Although this was undoubtedly related to her work hours, it seems unlikely that these will now be able to take sole responsibility for her untimely and unfortunate demise and that the silent killer (energy drinks) will probably rise to the forefront of suspicion.

Either way, it completely sucks and if you’re working this hard in the run up to Christmas, maybe take a break.