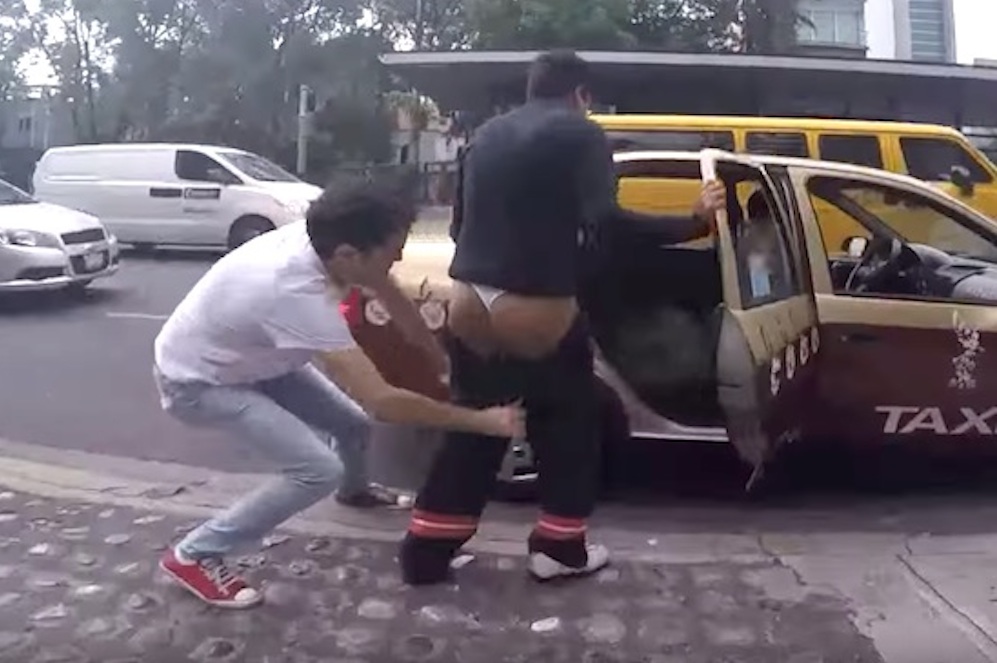 These guys are so ruthless that people are petitioning for them to be sent to prison.

It’s one thing pulling off a prank that’s actually funny and requires some kind of imagination – the one where these guys convinced their friend he was in a coma springs to mind – but it’s another to just go around completely messing people up and claiming it’s a prank. It isn’t really but that doesn’t stop it from being really funny.

That’s what this Mexican ‘prank collective’ achieves in this highlights video of their best pranks. They basically terrorise – literally terrorise – members of the public with four standard pranks: pulling their pants down, throwing buckets of water over them, splatting them in the face with custard pies, and rubbing dog shit on their hands.

They’re actually pretty funny – especially some of the pulling pants down ones – but man would you be pissed off if they did this to you, as many of the people in the video seem to be. Some people back in Mexico are actually petitioning to throw them in jail they’re so pissed off with them, and I can’t really blame them to be honest. The fact that it’s Mexico – where everyone is a bit loco – also suggests that it won’t be long until someone catches them and actually beats the crap out of them.

To be fair to the guys they’re only wiping dog shit on people who are walking dogs who may have let their dogs poop and not clean it up, but even so that’s a rank way to raise awareness about it – if that’s what they were even doing. You can bet they probably won’t be doing that again though.

If you enjoyed this check out the story of a man who liked rubbing shit on himself on a regular basis – the notorious G.G. Allin.