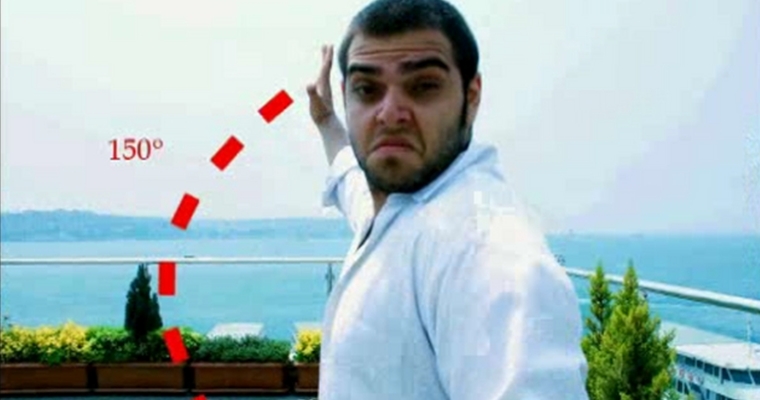 In modern western culture the slap is a girls approach to a skirmish, but in ancient Turkey the Ottoman slap was all powerful. These videos will show you why.

History Lesson: In what is now modern day Turkey, the Ottoman empire reigned supreme and reached its peak at 1590, covering parts of Asia, Europe and Africa. The residents were known as double hard bastards. One of the weapons they would use in battle is the fearsome Ottoman slap or “Osmanli Tokati”. Apparently the punch was regarded as something that a woman would do, it had to be a slap to the face if you were a real man. These fighters would allegedly toughen their hands by slapping clay, bark or marble and legend has it they could crack a skull.

Ok. So now you’re up to speed, here’s a small selection of very modern Ottoman slaps. First up is two chaps who have had some sort of argey bargey. I dunno what it was about but at least one of them is pretty cross. This is a fresh demo of the power of the slap though, the noise and the humiliation must be epic. He drops faster than J Lo’s knickers, but at least the big guy has the forethought to put him in the recovery position:

I don’t know what the beef here is either but some wiry German bloke is really winding up a portly Turkish gent in a train station. Something he lives to regret.

Here’s an Ottoman Slap prank. You’ll like this one, the poor guys feet come clean off the floor. Oh you crazy Turks!

Bagsy not going to school in Turkey:

And last but by no means least, here’s a skinny American thinking he is hard enough to take an Ottoman Slap. I like to imagine this video was taken on the first night in their dorms in freshman year. They’ve had two Budweisers and are consequently smashed. Thin white guy is trying to impress a hot chick and the big fella is trying to impress a hot dude. It turns out well for one, less so for the other. Whitey spends the next four years being called “Slap Head”.